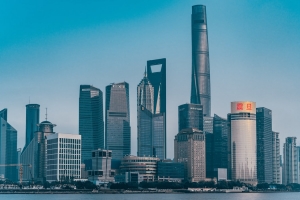 At first blush, UBS's bid for a digital bank license in China looks rather ambitious. Beijing doesn't give them out too often. In fact, no foreign lender in China has one. There are just four licensed digital banks in China: Ant Financial's MYBank, Tencent's WeBank, Baidu's AiBank and China Citic Bank. Retail banking has long been the holy grail just out of reach for foreign banks in China. Yet UBS sees a chance to develop a digital-first wealth management business in the country as Beijing prepares legislation that could open up the market to more foreign competition.

In January, Beijing said that it was finalizing first rules for online-only banks. The regulations would cover foreign financial institutions already doing business in China - which would include UBS - and allow them to set up independent online banks, according to Reuters.

In May, UBS's Asia-Pacific head Edmund Koh said that he expected China’s framework digital banking rules to be in place by June or July. Koh expressed optimism that UBS's application for a majority-owned digital bank license would gain traction. “We need scale, and I’m going to get that scale for UBS, working together with the Chinese authorities,” Koh told The South China Morning Post.

UBS's target customers are young Chinese entrepreneurs with US$100,000 to US$200,000 to put in the bank, to whom it plans to initially offer a selection of Chinese securities and mutual funds, according to SCMP. The pilot digital bank would be based in Qianhai, focused initially on the Greater Bay Area. UBS has a brick-and-mortar branch in Kowloon that serves entrepreneurs with businesses on the mainland.

The fate of UBS's China digital bank project will depend on the speed of regulatory approval and if it can match the digital acumen of local competitors. To be sure, the Swiss bank has a strong brand and vast experience in traditional wealth management. But in China, its competition began in the digital realm and likely understands the market better than UBS.

What's unusual about the initiative is UBS's professed plan to develop a digital banking model in China and then export it elsewhere, as the bank did in its home country of Switzerland. China's financial system is unique, characterized by capital controls, a controlled exchange rate and strict curbs on foreign competition. What UBS builds for China may ultimately have limited applications outside the country.

UBS will be counting on its recent hire, Alan Wang, to keep its digital bank license application in the fast lane in his role as China Integration Lead. Wang previously served at the Banking and Insurance Regulatory Commission (CBIRC) and People’s Bank of China (PBOC). He led teams overseeing foreign bank supervision, risk management and international affairs.