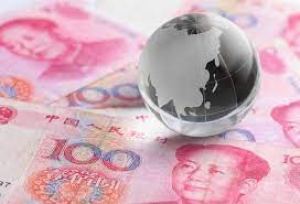 China embarked on a quest to internationalize its currency in the early 2010s with great fanfare. In support of renminbi internationalization, Beijing announced plans to develop Shanghai as a global financial center and established offshore yuan trading hubs in Hong Kong, Singapore and London.

These efforts represented a push by reform-minded officials to give China a greater role in international finance and activate needed changes to a financial system designed for a country less integrated with the global economy. They came about at a time when it was widely assumed that China’s leadership believed the advantages of a more open financial system outweighed the drawbacks, and that a free-floating renminbi and fully convertible capital account were not a question if, but when.

While these reform-minded officials’ ambitions were commendable, the results have been mixed because the Chinese government has hesitated to loosen capital controls or let its currency float freely. Beijing views the financial sector as strategic, fears how the United States might weaponize its control of global finance against China if the bilateral relationship suddenly broke down, and is unwilling to enact reforms that could increase its vulnerability to market-related shocks as well. Thus, adoption of the renminbi for trade settlement and as a global reserve currency faces certain limitations.

To be sure, there has been progress in renminbi internationalization, but it has been modest. Case in point: The renminbi is among the top five most used currencies in global payments, according to SWIFT, up from 35th in October 2010. The yuan rose to a record 3.2% of international payment settlements in January, breaking a record set in 2015.

However, once these numbers are put into perspective, we see that the renminbi has a long way to go before it can challenge the dominant global currencies. According to SWIFT, in October the dollar was the top currency used in global payments with a 42.1% market share, followed by the euro (34.4%), the British pound (7.85%), the Japanese yen (2.96%) and then the renminbi at 2.44% - its lowest point in a year. China’s zero-Covid restrictions and tepid economy have weighed on the global use of its currency.

A recent driver of renminbi internationalization is the growing China-Russia economic relationship. China is buying more oil than ever before from Russia, while its exports to Russia are growing at a double-digit pace. Russian firms battered by Western sanctions and unable to trade in dollars are instead using renminbi to settle more of their trade and are increasing borrowing in the Chinese currency. Moscow is also increasing holdings of yuan in its foreign-exchange reserves.

Further, some large Russian companies have started to issue yuan-denominated bonds. In August, Hong Kong and Moscow-listed aluminum producer United Co. Rusal International PJSC raised 4 billion yuan (US$590 million) from the sale of the first-ever yuan-denominated bonds in Russia. Also in August, Russia's top gold producer Polyus issued renminbi-denominated bonds worth 4.6 billion yuan (US$670 million. Polyus said it issued five-year bonds with a coupon rate of 3.8% and plans to use proceeds from the issue for general corporate purposes and investment projects.

The renminbi can also play an ever-greater role in some specific bilateral economic relationships loosely linked to China’s Belt and Road Initiative (BRI). China had 22 bilateral local currency swap agreements BRI countries by the end of 2021, and eight such yuan clearing arrangements.

Two new renminbi clearing services were launched in BRI countries in November. First, the People’s Bank of China (PBoC) signed an MoU with the State Bank of Pakistan in a move that should help boost bilateral trade between the two countries while reducing their need to use dollars for trade settlement. China is Pakistan’s largest trade and investment partner. Trade between the two countries rose 59.1% to US$27.82 billion in 2021.

Also in November, a renminbi clearing service was launched in Argentina. Of the arrangement, Miguel Ángel Pesce, governor of the Central Bank of Argentina, said, "Cross-border transactions between the two countries will be easier without having to go through a third currency, so we are very happy about that,” according to China Media Group.

Where the digital yuan fits in

Of the various elements of renminbi internationalization, the digital yuan undoubtedly has attracted the most attention, though ironically at this stage, its applications are primarily in China’s domestic market. That has not stopped pundits from warning that the digital yuan could ultimately challenge the greenback as the world’s preeminent reserve currency.

While such claims may make for good headlines, there is very little evidence to back them up. The same factors that limit the existing Chinese fiat currency from greater global use – capital and foreign exchange controls – apply to China’s central bank digital currency (CBDC). Digitization does not change the fundamentals.

That said, just as the physical renminbi has specific cross-border applications, so does the digital yuan. The e-CNY may be able to boost global wholesale use of China’s currency. Consider the e-CNY’s role in m-Bridge, a project launched jointly by the BIS innovation hub and the central banks of mainland China, Hong Kong, Thailand and the United Arab Emirates. M-Bridge aims to build a common platform for efficient, low-cost cross-border digital payments.

During a recent m-Bridge pilot, the e-CNY was the most issued and actively transacted token. 11.8 million in e-CNY was issued in the testing period between August 15 and September 23, while China’s CBDC was used in total of 72 payment and foreign exchange transactions.

We expect cross-border use of the digital yuan will gradually rise in the years to come, but that its progress will depend in part on the speed of CBDC development efforts in different countries. If China remains far ahead of the pack in CBDC development, it can expect faster uptake of the e-CNY in the domestic market, where the Chinese central bank can more directly promote use cases.

More in this category: « China's fintech giants diminished by crackdown, but still formidable Ant Group is nearly out of the woods »
back to top