In China this year, over 3,700 billion RMB (about 570 billion USD) worth of domestic debt will expire, a record-breaking amount. Many companies will face difficulty in rolling the debt over because of the limited size of the whole bond market. Even if just a small percentage of the whole market defaults, the amount defaulting would still be so large, it could start a crushing storm for an already vulnerable Chinese economy. Many defaulting state-owned companies are from sectors in difficulty as China slows, such as mining and heavy industry. This makes the possibility of default more likely to happen. And in the environment of a slowing debt market, things will probably get worse. 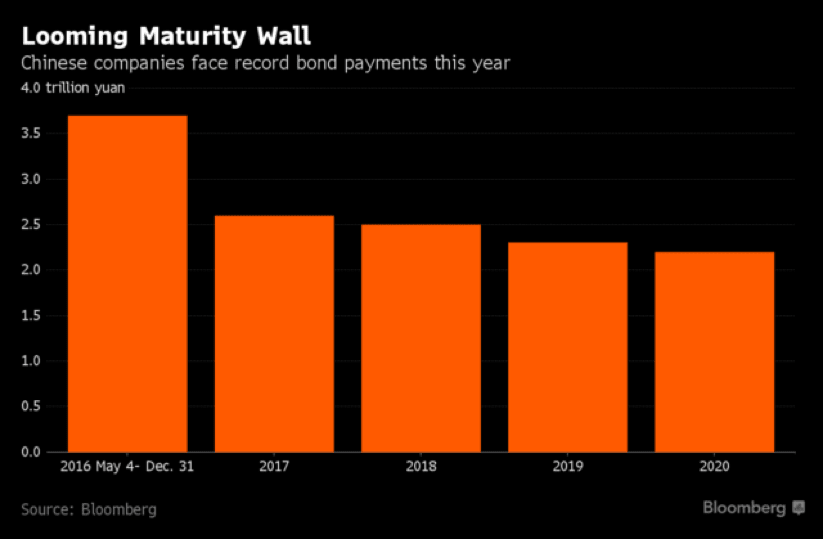 According to the data from Bloomberg, many domestically listed companies in China’s mining and metal industry are in trouble because the profits they made in 2015 are only enough to meet half of the interest payments due, and they will face 389 billion RMB worth of debt expiring at the end of 2016. The energy industry is not much better. Over 332 billion and 292 billion RMB worth of debt will be due for electricity and coal companies, respectively.

It is a bad time for these companies. As Chinese growth slows and corporate profits decline, many are finding it hard to service their debt, not to mention abiding by the “cut overcapacity and excess inventory” policy from Beijing. The number of newly issued bonds has decreased 43% in April compared with March 2016. According to Reuters, over 150 issuers cancelled their issuing plans in one month’s time. As the bond market declines, it is even more difficult for companies to raise new debt to pay for the existing ones. And that is the biggest risk for the domestic bond market. If that starts to happen, there will certainly be more companies defaulting.

Some bondholders are really worried that the Chinese government will allow situations to get worse by refusing “bailout”. According to Shanghai data provider Wind Information, there have already been seven bond defaults in China’s domestic market this year. That is as many defaults as in all of 2015. What’s more, in the last three months, three of these have been by state-owned companies. Many investors believe this could contribute significantly to China’s real crisis. 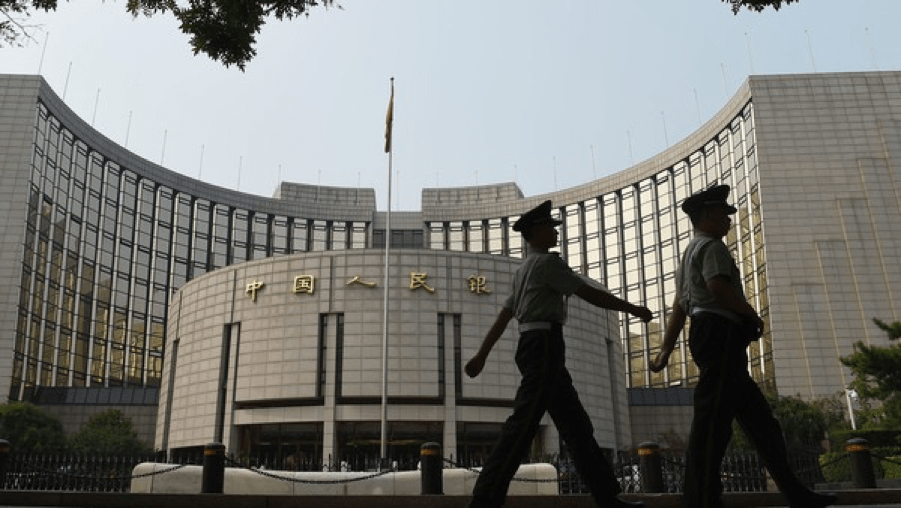 However, we have to consider the potential reasons for Beijing’s increasing tolerance of defaults. Since 2015, there has been huge pressure for the Chinese economic system to reform. Beijing has placed much more emphasis on “cutting overcapacity and excess inventory” with respect to the mining and heavy industry. Most of the companies in trouble are from sectors included in that criteria, which means that it may not be a bad idea to bring them down through debt defaulting and bankruptcy. By letting some state-backed companies fail, leaving only competitive companies in the market, Beijing could be hoping to encourage them to change and make big progress in its macro-economic reform efforts.

On the other hand, China would like to see that progress under control. A rise in defaults could affect the whole economy and worsen China’s slowdown, which is something that the government would rather not see.

In the end, the real issue is the total debt amount and how much of it could potentially default. The control and rescue ability of Chinese government will have huge impact on investors’ confidence. And if the defaulting amount is over that ability, we may see a storm emerging from the Chinese bond market.

More in this category: « Gold benchmark contract launched in China The CIRC acts on internet insurance industry »
back to top