Lower net profit is putting a lot of pressure to Chinese commercial banks in 2013, and the figures implies that city commercial banks have to seek for new business and products to reboot high profit in 2013. 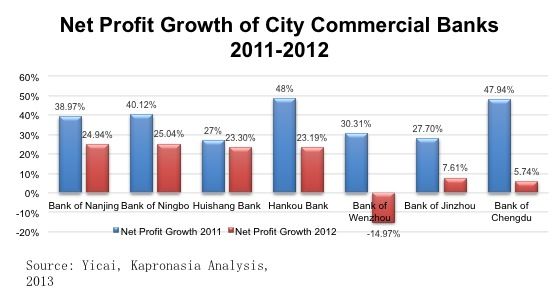 More in this category: « Special 'Bad Loan Development Zone' in the Yangtze? China's Tier 2 Banks Expansion Challenges »
back to top