Reflecting on what went wrong with P2P lending in China 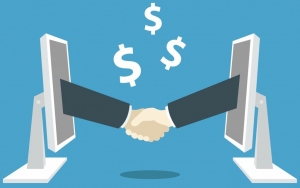 Some things just weren't meant to be, like peer-to-peer lending in China. What began as a legitimate way to support financial inclusion through internet finance morphed into a scam-ridden zombie industry. Beijing has moved to shut down the majority of P2P lenders that haven't imploded on their own. The industry is going the way of crypto, another member of the fintech family that ran afoul of China's regulators. In a recent Sina Finance commentary, former Chongqing mayor Huang Qifan gave a scathing criticism of P2P lending, likening it to a digital version of traditional pyramid schemes he says have long existed in rural China.

Huang says that P2P lending, operating "under the guise of an internet platform, runs counter to the principles of modern financial risk management," as it is characterized by high interest rates, unjustified loan sharking and unauthorized fundraising.

One of Huang's most salient points focuses on leverage in P2P lending. He points out that traditional banks rely on proper capital adequacy ratios to protect themselves against bad loans and other losses. Regulators decide the capital adequacy ratio to ensure that commercial banks do not take on excessive leverage that would put them at a high risk of insolvency.

P2P lending in China, however, has no such provisions. The business model relies on offering lucrative returns to retail investors serving as depositors, while charging borrowers high interest rates. It's an accident waiting to happen. "Once something goes wrong, either the P2P firm will take the money and run, or it will be paralyzed and unable to function," Huang says.

However, Huang is not against online lending per se, just the P2P business model. Online lending firms are important to the development of fintech and financial inclusion, in particular for small businesses, he says.

P2P lenders still exist in China, but the sector is a shadow of its former self. According to Caixin, about 5,000 firms have exited the industry since the crackdown began in 2016. As of March 31, there were just 139 P2P lending platforms left, down 86% from early 2019. Outstanding loan volume had also fallen 75% over that same period.

Beijing has urged P2P lenders to rejig themselves as licensed microlenders or consumer financing companies, but that's easier said than done. Licenses are hard to come by, unless the ex-P2P lender has another company that holds the license already or is eligible to apply for one.

Ultimately, China's internet finance giants will be the winners. Ant Group's MYbank and Tencent's WeBank have long dominated China's online lending market. To be sure, new competition could challenge their duopoly, but it is likely to come from other well capitalized tech heavyweights.

The average interest rate on small business loans issued by China's 18 largest banks is 4.94%, according to Bloomberg. That rate is relatively low compared to the aforementioned rates because Chinese banks require more collateral from borrowers than online lenders.

More in this category: « Financial reform in China starts to pick up China's P2P lending endgame »
back to top