We think the chaotic state of affairs in P2P platform industry is due to dubious business activities of most platforms, which in turn was caused by low threshold to enter, and no clear regulation or guidelines for the industry. P2P platforms are supposed to perform intermediary functions, but often act as financial institutions to attract funds. In addition, some P2P platforms are used as a cover for business fraud. Once enough capital is raised, legal representatives will disappear. Moreover, some P2P platform founders use P2P as a way of raising funds to reinvest in their real businesses. 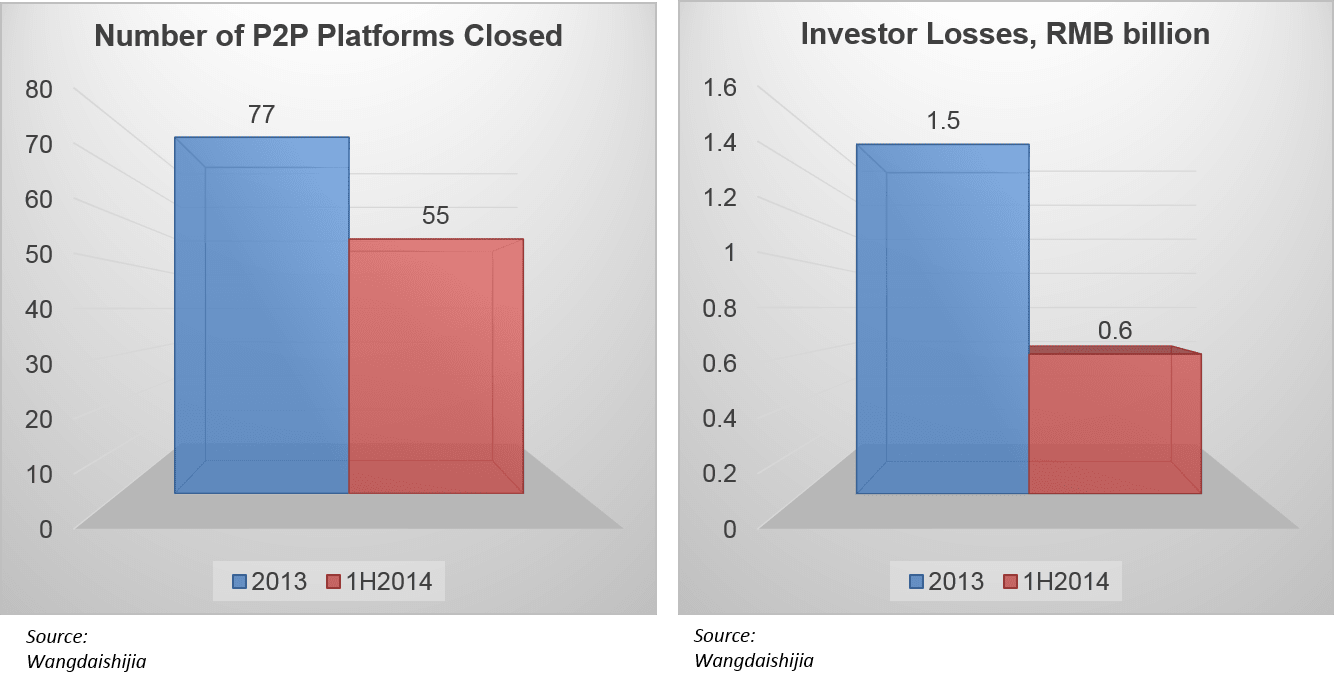 More in this category: « A look at the increase in the Shanghai Interbank rate Tremendous Growth in China’s P2P Lending Platforms »
back to top