Now, it seems that focus has shifted to Chinese banks' Tier 2 capital issues. It has been calculated that RMB62.2 billion worth of Tier 2 capital securities have been issued by 10 banks. Lately, China Everbright Bank has announced to join this group and plans to issue RMB16.2 billion in such securities between June 9th and June 10th.

Wang Shengbang, deputy director of International Department in CBRC, attributes the surge of Tier 2 capital securities issuance to the following three reasons. First, raising capital via banks is still the main channel in the Chinese financial system. Thus in the coming future banks’ assets will keep growing. As with bank assets risks are growing as well, it is necessary to complement capital base to prevent risks. Second, domestic asset securitization is at the development stage, banks have limited capability to securitize their assets. The third reason is to comply with Basel III’s requirements. 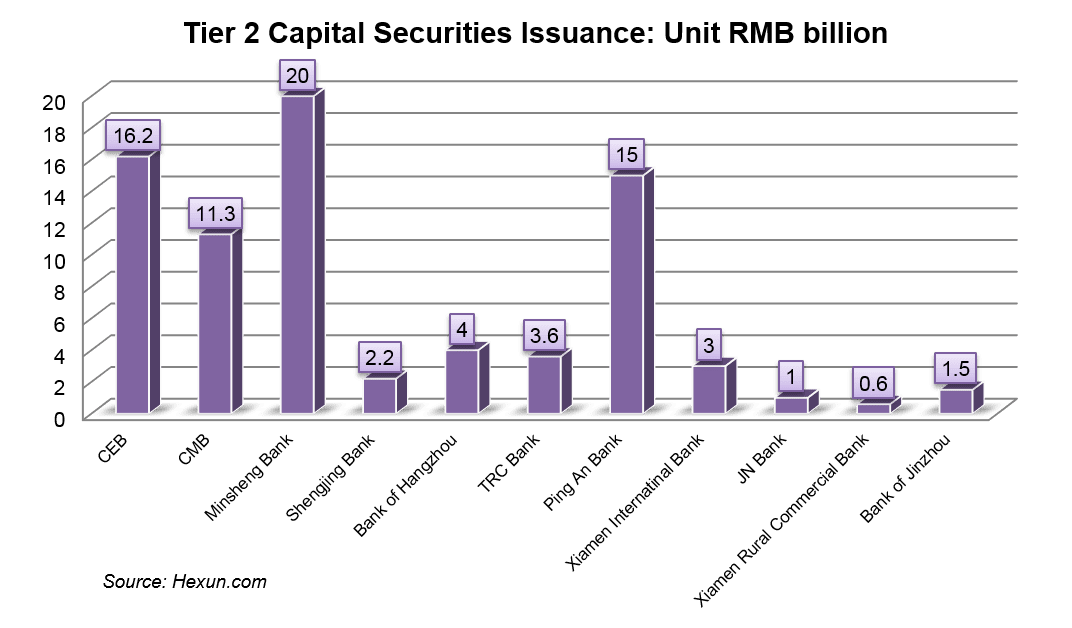 More in this category: « Payment Providers Face an Uphill Battle with Banks Self Service Innovation in Asia: Little changes, big impact »
back to top