Markets shouldn't jump the gun on a Sino-US trade deal 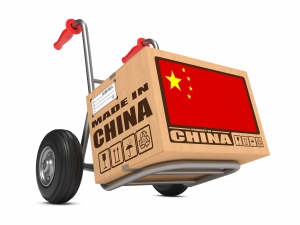 In hope of a sustained stock market rally, U.S. President Donald Trump has been pushing for a rapid conclusion to the trade war he started with China almost nine months ago. Treasury Secretary Steven Mnuchin and National Economic Council Advisor Larry Kudlow, ever mindful of investors' concerns, reportedly have The Donald's ear. Trump's patience with the hardline approach of U.S. Trade Representative Robert Lighthizer may be wearing thin, people close to the White House say.

The Donald rejoiced when markets surged following his Feb. 25 announcement that the U.S. would not raise tariffs on US$200 billion in Chinese goods from 10% to 25%. The Dow Jones Industrial Average rose almost 210 points that day before closing more than 60 points higher. The Shanghai Composite jumped 5.6% that day, its largest single-day gain since July 9, 2015.

Over the next few weeks, the possibility of a trade war deal seemed imminent. Markets waited eagerly. To be sure, Trump does want a deal, but other stakeholders on the U.S. side - notably a bipartisan coalition of lawmakers - are wary of signing a toothless agreement. The package offered by China thus far looks like a reshuffle of the deals offered last year: big purchases of U.S. agricultural products, natural gas and semiconductors. Dismantling China's market barriers remains elusive, because Beijing won't budge on its state capitalism model. Cosmetic changes, like the recent scrapping of the name "Made in China 2025," do not signify reform of contentious industrial policy. Beijing's state-backed pursuit of next-generation technologies is here to stay.

"China’s concessions probably won’t be very big because a lot of their demands are what we already plan to reform,” former finance minister Lou Jiwei was quoted as saying by Bloomberg. Lou described some U.S. requests as "unreasonable."

In a March interview with Sinclair Broadcast, Secretary of State Mike Pompeo said that Trump would walk away from the trade deal with China if it were unsatisfactory. "The President’s determined to make sure that he protects his first client, his first obligation to the American people – in this case, the American farmer. This has to work for America. If it doesn’t work, we’ll keep banging away at it. We’re going to get to the right outcome. I’m confident that we will," Pompeo said.

Meanwhile, China is wary of agreeing to a presidential summit in the U.S. for precisely that reason: It would be an unacceptable loss of face for Chinese President Xi Jinping to walk away from a meeting with Trump in the U.S. empty handed. The Chinese became more concerned about this risk after Trump's abortive summit with North Korean leader Kim Jong-un.

Since the U.S. and China have yet to settle their most contentious trade issues, a late March meeting between Trump and Xi "may be more aspirational now than realistic, unless the U.S. sends its top negotiators back to China sometime after March 15 and they can finalize a deal," China watcher Bill Bishop said in the March 8 edition of his newsletter.