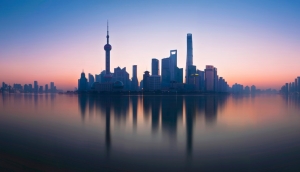 At the very least, the era of breakneck growth is over. The intensity of the crackdown waged against P2P platforms resembles Beijing's efforts to stamp out cryptocurrency trading and mining. Chinese regulators have not stated an intention to eliminate P2P lending, but they do intend to dramatically reduce risky lending practices and scams that have cost Chinese consumers billions of dollars

Shanghai-based Zendai is the latest casualty of the P2P crackdown. The trouble began in August when the firm abruptly shut down two of its P2P businesses together valued at RMB 10 billion. Dai Zhikang, the company's founder, later gave himself up to police. Authorities say that Dai is under investigation for illegally accepting deposits, since the P2P units were not licensed to conduct financial business. Dai admitted "to setting up capital pools and embezzling funds during business operations," according to sources quoted by The South China Morning Post.. Police have detained 40 other suspects in connection with the case.

Other top P2P lenders are downsizing, hoping that a lighter outstanding loan balance will placate authorities. Ping An-backed Lufax, which had 42 million registered users and a loan balance of RMB 408 billion as of mid-June, said in an August statement that it planned to scale down its P2P business considerably.

For Lufax, moving away from P2P lending makes sense. It has already diversified into online wealth management, and so isn't reliant on internet lending for its bread and butter. Further, Lufax's exposure to P2P lending likely prevented it from listing on the Hong Kong Stock Exchange last year. Investors were reportedly squeamish about the company's prospects amidst China's P2P lending crackdown.

Meanwhile, Fincera, whose Qingyidai P2P platform reportedly has a 90% market share in Hebei Province, announced in August that it would relocate to Beijing and auction off RMB 7.5 billion of assets to ensure sufficient liquidity. Fincera made that decision after receiving requests from the Hebei provincial government to shut down its P2P lending business.

"The Company vehemently disagrees with the request and is taking steps to protect its many stakeholders, including initiating the process of moving its business registration to Beijing where local regulators are supportive of the P2P industry," Fincera said in an August press release.

"Our services are crucial to SMBs and individuals, who play a critical role in the Chinese economy and are unable to receive financing elsewhere," Fincera CEO Li Yonghui said in the press release.

If there's a saving grace for P2P lending in China, it's that Li is correct. As China's economic slowdown continues - aggravated by the Sino-U.S. trade war - authorities may ease the clampdown on P2P lenders not suspected of any criminal activity. Choking off the industry completely would be a mistake. It would further crimp economic growth and discourage financial innovation at a time when China needs to bolster both.

More in this category: « Sino-U.S. trade war spreads into financial sector Is the slowing Chinese economy accelerating financial reform? »
back to top
© 2007 - 2021 Kapronasia