Lufax's pivot away from P2P lending pays off 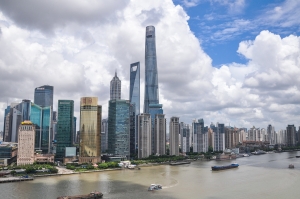 Lufax is one of the few prominent Chinese fintechs that foresaw tighter regulation of online lenders, perhaps because the company began as a peer-to-peer lender. As Beijing in 2017 launched what would become a sustained campaign to eradicate the scandal-ridden P2P lending sector in China, Lufax moved to exit the industry. By 2019, Lufax had transformed from a P2P lender into an online provider of credit facilitation and wealth management services. It is thus no surprise that Lufax is weathering the current microlending crackdown well so far. The company's IPO went off without a hitch in New York, raising US$2.4 billion.

The day after China issued new draft rules on microlending, Lufax published a statement explaining why the new regulations would not have an outsized impact on its business. The statement noted that Lufax stopped large-scale, direct funding of loans through its microloan subsidiaries in December 2017. In the first nine months of 2020, loans funded by microloan subsidiaries made up less than 1% of the total loans the company disbursed.

Still, Lufax is rejigging certain elements of its business to ensure compliance with new microlending rules. That include reducing interest rates on loans, increasing the capital contribution that it makes to loans, ensuring it does not bundle services for customers and increasing the number of its bank partners.

"From a broader perspective, we continue to observe market concerns across the regulatory landscape for fintech companies in China as well as the tightening of regulatory controls. As such, we remain vigilant and are ready to comply with any new regulatory requirements," CEO Gregory Gibb said in a third-quarter earnings call.

During that earnings period, the Shanghai-based fintech's profits fell nearly 37% year-on-year to 2.15 billion, although total income rose 10.5% to 13.07 billion yuan (US$1.92 billion). Lufax attributed the decline in profits to "a non-recurring expense."

Looking ahead, the biggest regulatory risk for Lufax may be in the U.S. rather than China. The U.S. House of Representatives is set to vote on a bill that could force Chinese firms to delist from the NYSE and Nasdaq within three years unless they allow U.S. regulators to review their audits on an annual basis, a requirement for all companies that go public in America.

However, according to The South China Morning Post, Lufax expects that Beijing and Washington will overcome the impasse with a compromise. That might entail a co-auditing process that includes an American team working on companies’ financial accounts.

Fang Xinghai, vice chairman of the China Securities Regulatory Commission, said at the New Economy Forum in November: "During the Biden administration we should be able to resolve that problem because it’s not an intractable problem."

More in this category: « How will China's fintech crackdown affect Tencent? China's money-laundering travails are growing »
back to top