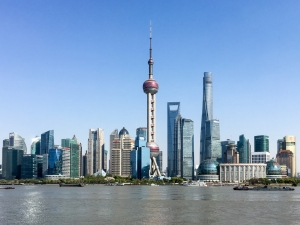 While these reforms are welcome, they do not represent a fundamental change in Beijing's financial-sector policy. China has long viewed its financial sector as strategic and kept foreign investors at an arm's length. The Chinese government holds a majority stake in all four of the country's largest traditional lenders: Bank of China, Industrial and Commercial Bank of China, Agricultural Bank of China and China Construction Bank. Meanwhile, the state maintains close, albeit less overt, ties with internet finance giants Alibaba and Tencent, who dominate China's enormous digital banking sector.

Rather, current financial reforms look like a calculated effort by Beijing to woo foreign capital amidst a bruising trade war with the United States and a long deleveraging campaign. Since it launched economic reforms four decades ago, China has rolled out the red carpet for foreign investors whenever it has faced challenging economic conditons. The first time was in the late 1970s in the wake of the Cultural Revolution. Then, China was one of the world's poorest countries and desperately needed foreign capital, technology and know-how. In 1992, Deng Xiaoping's Southern Tour - which included a stop in Shenzhen, the birthplace of the first wave of economic reforms - paved the way for a new influx of foreign investment. Deng outmaneuvered his rivals, jumpstarting a stagnant Chinese economy that had been held back by conservative apparatchiks opposed to market reforms.

China currently faces some of the toughest economic conditions since it launched "reform and opening up" in December 1978. The Chinese economy grew at 6.2% in the first quarter, the slowest rate in 27 years. Both imports and exports contracted in August. 51% of the 333 companies responding to AmCham Shanghai's latest business confidence survey reported a fall in China revenue due to tariffs. To evade tariffs, some manufacturers are shifting capacity from China to other countries.

Under this scenario, Beijing needs foreign capital inflows to offset rising outflows and prop up the yuan, which has fallen to an 11-year nadir against the U.S. dollar.

Now is as a good time as any to open up the financial sector - which China pledged to do by 2006 as a condition for joining the World Trade Organization.

To be sure, piecemeal financial reform is better than no reform at all, but it also isn't likely to reinvigorate foreign investor confidence in the Chinese economy. Scrapping quotas on inbound investment schemes in the financial markets looks more symbolic than anything else - considering that 2/3 of the existing quotas remain unused.

Meanwhile, Beijing's reform efforts in the banking sector also look modest at best. In a September report, The Financial Times notes that underwriting debt in China is rarely lucrative. By offering attractive ("cut-rate") fees, lenders build relationships with issuers that may open the door for new, more lucrative business in the future, the report says. That's certainly what BNP Paribas and Deutsche Bank hope for. Whether China grants them and other foreign banks bigger business opportunities - especially those that allow for direct competition with local lenders - will be a harbinger of Beijing's commitment to financial liberalization.

More in this category: « Major Chinese P2P lenders scale down their businesses or exit industry What ever happened to renminbi internationalization? »
back to top