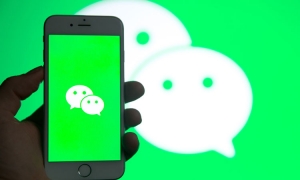 China's fintech boom was great while it lasted. The abortive Ant Group IPO heralded the end of that era. That's not to say that digital finance will fade away in China. Rather, the state will exert greater control over fintechs. Tighter regulations, similar to what incumbent banks face, will cut into fintechs' bottom lines and constrain their growth prospects. That does not augur well for Tencent, which counts fintech - through its WeChat Pay wallet and WeBank digital bank - as one of its core business groups. Bloomberg estimates that Tencent's fintech business was worth RMB 200 billion to RMB 300 billion before the Ant IPO was suspended.

WeChat may be China's indispensable app, but that does not make it impervious to the microlending crackdown. There have been rumors since late July that China's top antitrust regulator was considering launching a probe into WeChat Pay and Alipay at the behest of the People's Bank of China. The central bank reportedly believes that WeChat Pay and Alipay have used their commanding positions to crush competition.

Tencent has sought to assuage the concerns of investors. In mid-November, the company' president Martin Lau said that the company needed time to communicate with antitrust watchdogs and understand their objectives. Lau said that Tencent would cooperate with new microlending regulations.

During the recent Hong Kong FinTech Week webinar, Lau struck a conciliatory note. "In our various fintech businesses, we position ourselves as a collaborator and technology enabler of the industry and with other partners, rather than a disrupter in the market,” he said.

Compared to Ant, Tencent is less overtly ambitious about disrupting China' incumbent financial industry. At the same time, Tencent is primarily a gaming company, not a fintech. Online games account for the majority of its revenue. And Tencent has not mooted any imminent IPO plans for its fintech businesses. That puts Tencent in a more favorable position than say, JD.com, whose fintech unit JD Digits had planned to list on the Shanghai Star board before year-end.

However, in the long run, both Tencent and Ant may find that China’s digital yuan derails their payments gravy train. There is no guarantee that the digital yuan will be available in both of those e-wallets. If Chinese regulators aim to curb the dominance of the fintech giants, they may restrict them from integrating the digital yuan into their apps. Meanwhile, major incumbent banks could incentivize consumers to use the fiat digital currency. The digital yuan will also likely have a standalone app.

More in this category: « China's P2P lending endgame Lufax's pivot away from P2P lending pays off »
back to top