How is renminbi internationalization evolving? 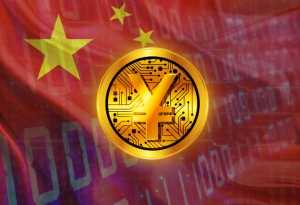 Internationalization of the renminbi has taken a different path than what seemed likely when the process began in the early 2010s. At the time, many observers expected China would gradually open its capital account and allow its currency to float freely. These steps were seen as integral for China to achieve a commensurate status in the international financial system that it already enjoys in the global economy. Yet political considerations have increasingly outweighed financial ones, and renminbi internationalization is instead evolving inside a less open ecosystem than expected.

In absolute terms, the renminbi has internationalized to some degree in recent years. The gains have been modest but real. In FX markets trading, the RMB jumped to 4.3% of one side of total trade in 2019 from 0.9% in 2010, according to the Bank for International Settlements. Meanwhile, the US dollar remained dominant in forex markets with an 88.3% share of all trades on one side in 2019. The dollar is also the preeminent reserve currency, accounting for 58.8% of all central banks’ reserves in the fourth quarter of 2021. The renminbi made up just 2.8% of reserves, a figure that has grown slightly since the IMF began reporting renminbi reserve assets in late 2016; at the time, the Chinese currency made up 1.07% of central banks’ reserves.

The renminbi’s use in trade settlement has grown more briskly. Cross-border use of the RMB, including payments and receipts, jumped 44.3% year-on-year to a record 28.39 trillion yuan (US$4.4 trillion) in 2020, according to the People’s Bank of China (PBoC).

Meanwhile, China’s Cross-Border Interbank Payments System (CIPS), launched in 2015, has also grown modestly. At this time, it is not a serious competitor to SWIFT, which has more than 11,000 participants compared to CIPS’ 1,304. Further, more than 80% of CIPS's transactions rely on SWIFT's messaging service.

As for the digital yuan, some observers believe Beijing ultimately intends to build alternative cross-border payment rails that could function outside of the current U.S.-dominated international financial system and if need be, evade the type of sanctions the U.S. has placed on Russia. Given the terse state of U.S.-China relations and the banning of some Russian banks from SWIFT, Beijing’s concerns are not unfounded.

However, most countries are progressing slower on central bank digital currencies than China, and interoperability challenges must also be considered. Further, in terms of boosting the renminbi as a reserve currency, the same controlled exchange rate and closed capital account issues exist when the currency is digital. Additionally, privacy is likely to be a major concern if Beijing pushes to internationalize the e-CNY despite the PBoC's assurance of controllable anonymity.

More in this category: « What's left for Hong Kong as a Fintech hub? What does China mean by ‘healthy’ fintech development? »
back to top