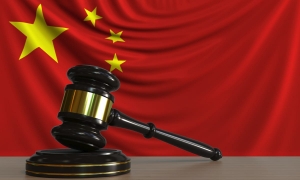 All good things come to an end, and sometimes the end is long and drawn out. Such is the state of the latest fintech crackdown in China, which has evolved into an all-out effort to reign in Big Tech/platform companies. The tightening of supervision over firms like Ant Group and Tencent represents a major escalation over prior regulatory campaigns, which focused on cryptocurrency and peer-to-peer (P2P) lending. This time, Beijing is keen to clip the wings of the firms that have come to dominate its once-booming fintech sector. Not all of them are equally affected though.

Ant Group – its IPO dramatically nixed at the eleventh hour in November 2020 – perhaps best symbolizes Big Fintech’s falling fortunes in China. Ant had seemed unassailable for so long that when the boom was lowered, it surprised many of even the most seasoned observers. It is not a coincidence that Ant has been hit hardest as Beijing reigns in fintech juggernauts. In the view of Chinese regulators, Ant’s business practices pose the most systemic financial risk among major fintech firms. Besides that, Ant overestimated its own political capital. Political mistakes can be costly, and Ant has already paid a US$2.8 billion fine for alleged abuse of its market dominance.

Beijing is not just forcing Ant to restructure and imposing strict capitalization requirements on the firm, which will eat into its profitability, but also requiring it to share credit data from its consumer lending business with the People’s Bank of China (PBoC). Ant will lose some of its edge without having a monopoly on that data as state-backed firms will likely take a significant stake in a credit-scoring joint venture. However, the company has no choice but to comply with regulatory demands if it wants to continue serving as a lender to consumers. With its recently acquired consumer finance license and its enormous user base, Ant’s prospects still look good; business just will not be as lucrative as in before the days it was regulated like a bank.

For its part, Ant is presenting the data sharing as a positive development (not a surprise). “A comprehensive and proper set of credit records will enable financial institutions to better understand users’ creditworthiness and to better serve them,” the company said in a September statement.

Tencent, Ant’s largest rival in China’s payments and overall fintech sector, has also been ordered to restructure its financial units. Regulators told Tencent to place its finance-related businesses into a new financial holdings company "for better supervision," according to a May Caixin report.

However, thus far, Tencent has been hit harder by restrictions on gaming, which remains its core revenue source, as well as regulatory efforts to curb monopolistic behavior in other sectors in which it is a big player. For instance, the regulators in August ordered Tencent to forfeit exclusive rights to music labels. According to the State Administration of Market Regulation, Tencent holds more than 80% of China's exclusive music library resources. Regulators say this commanding market share allows the company to increased leverage over upstream copyright parties and restrict new entrants. Tencent’s market capitalization has fallen from a high of more than US$950 billion in mid-February to about US$567 billion.

For Chinese tech giants that had bet on fintech to help them grow but had yet to build significant digital finance businesses, caution has been the order of the day. Most notably, JD Digits, the digital finance arm of the JD.com, axed a planned initial public offering on the Shanghai Star Board in early April. Bloomberg later reported that JD will set up a financial holding company to meet new regulatory requirements. That holding unit will, unsurprisingly, be regulated more like a bank and will be separate from JD’s technology business. Looking ahead, JD is likely to focus on developing its presence in sectors like cloud computing and artificial intelligence that are being heavily promoted by the Chinese government, and put fintech on the back burner.

More in this category: « China forays into green finance What's left for Hong Kong as a Fintech hub? »
back to top