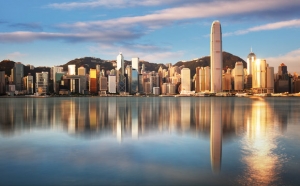 In the past three years, Hong Kong has faced unprecedented challenges that have brought into question its future as a financial center. Strict adherence to a zero-Covid policy has been particularly impactful. The inability of businesspeople to freely travel to and from Hong Kong has adversely affected the city’s business environment. Still, in certain respects, Hong Kong is continuing to thrive as a financial center.

It might be best to frame this paradigm as Hong Kong’s evolution from a so-called “international financial center” to China’s primary offshore financial center. Since Hong Kong returned to China in 1997, the city’s economy has become inextricably linked to the mainland’s. Since the mainland’s financial system remains subject to capital controls, Hong Kong plays a vital role as a conduit for capital to and from the mainland, as well as a wealth hub.

As long as our focus is on the China market, then there is no easy replacement for Hong Kong. Certainly not cities on the mainland subject to the mainland’s financial regulations, nor other Asian cities far removed from the Chinese financial ecosystem such as Singapore, Tokyo and Seoul.

To that end, issuance in Hong Kong of corporate debt denominated in the offshore Chinese yuan has risen 45% to US$21.7 billion so far this year, the most for the period since 2014, according to Bloomberg. Sales of dim sum bonds have surged as yuan borrowing costs are more attractive for issuers than US dollar rates. Dim sum bonds also offer investors better yields than Mainland renminbi debt. Non-Chinese financial firms have dominated issuance of dim sum notes this year, led by Citigroup Inc. with US$1.7 billion in deals. The launch last year of the Southbound Bond Connect, a program that enables mainland investors to access the offshore China bond market in Hong Kong, is also driving dim sum bond sales.

Dim sum bond sales are also growing because more issuers are raising funds with the notes and then swapping them for dollars and due to an increase in international trade settled in renminbi.

On the other hand, Hong Kong’s IPO market has had a tough year given the toll zero Covid has taken on the Chinese economy. In the first half of the year, Hong Kong had just 22 primary listings, down 53% from 2021. The sum raised by listings from January to June was just US$2.6 billion, the lowest since 2009 when the world was still struggling with the global financial crisis.

To be sure, Hong Kong’s IPO market will recover, but we reckon that recovery may still be a ways off. China is set to hold its 20th Party Congress in mid-October, after which there should be clearer signals on the direction Beijing intends to take the Chinese economy. Clear signs of support for the private sector – and an end to the crackdown on consumer internet companies and fintechs – and easing of Covid controls would help activate Hong Kong’s deal pipeline.

For their part, Hong Kong officials express confidence about the city’s future as an international financial center, especially when compared with Singapore. “Hong Kong has a lot of strengths, including the free flow of information and free flow of capital, while we also act as a super-connector between China and the world,” Laura Cha Shih May-lung, chairwoman of HKEX, said at a recent forum at the University of Hong Kong.

Hong Kong will definitely maintain its advantages when the focus is the China market – especially the Greater Bay Area – but Singapore’s ability to act as a hub for Southeast Asia will be a tremendous asset to the city-state’s ambitions as a financial center in the years to come.

Besides, Asia is too large and diverse to have a single financial center for the region, even if Hong Kong effectively played that role for much of the region ex-Japan at one time. Hong Kong will just have to get used to having more competition. And that is not a bad thing.

More in this category: « What does China mean by ‘healthy’ fintech development? Assessing the state of renminbi internationalization »
back to top