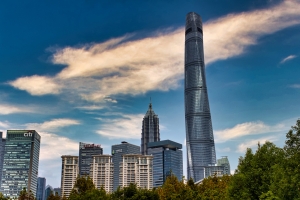 Fintech crackdowns in China tend to snowball. That was the lesson learned when Beijing began culling crypto and P2P lending firms. At first, it seemed those industry segments might survive if they could assuage regulators. It later became clear that the only way to satisfy regulators was to shut down or move into another line of business, as erstwhile P2P juggernaut Lufax did. China's fintech giants, once seemingly unassailable, now face their own day of reckoning with regulators. Ant Group and its counterparts are probably too big to fail. But they are not too big to be cut down to size.

When Beijing pulled the plug on Ant's IPO, there was initially a sense of disbelief among the faithful. Surely, China would not act against the interests of its technology sector, markets and investors? Some observers insisted Ant would go public in 2021 after it sorted out its regulatory travails.

As it turns out, Ant will be lucky if it can list in 2022. Complying with tough new capitalization requirements is just the tip of the iceberg. Some heavyweights in Chinese officialdom want Ant to "return to its roots in payments," implying that the company should wind down its lucrative micro-lending and wealth management businesses. Imagine what exiting those industry segments would do to Ant's prospective IPO valuation.

It gets worse though. The People's Bank of China (PBoC) warned in January that any non-bank company with more than half of China's online payments market could be considered a monopoly and subject to antitrust probes. Regulators are leaving all options on the table, even breaking up the fintech giants in a worst-case scenario.

At the same time, Beijing may tighten regulations in other ways. If they want to hit fintechs where it hurts, regulators can restrict their ability to partner with incumbent financial institutions - which has been to instrumental fintechs' profitability. Indeed, Ant Group has funded just 2% of the RMB 1.7 trillion yuan in consumer loans on its books. Banks and other incumbents underwrote the vast majority of those loans.

Auguring poorly for fintech's future China is that Beijing increasingly sees the industry as disruptive. Unlike in Silicon Valley, being "disruptive" is not worn as a badge of honor in China, especially in a strategic industry with powerful vested interests like finance. To be sure, Beijing knows that fintechs boost financial inclusion and have helped improve efficiency in China's financial system.

But those attributes have to be contrasted with regulators' perception that fintechs aggravate systemic financial risk through risky lending practices. In a November commentary, Guo Wuping, head of consumer protection at the banking regulator, said that fintechs lack an effective means to evaluate the creditworthiness of borrowers. Ironically, it is the technology that Ant and WeChat Pay once highlighted as innovative that Guo criticizes: using big-data analytics and artificial intelligence to crunch "behavioral data" gleaned from consumers' transactions. As a result of using that flawed model, fintechs "grant excessive credit...causing some low-income groups and young people to fall into debt traps, ultimately harming consumer rights," Guo said.

So much for innovation. From a regulatory standpoint, China's fintechs were probably a bit too innovative for their own good. Hopefully, they can find creative ways to thrive when they are regulated like banks instead of technology companies.

More in this category: « China's money-laundering travails are growing What are the implications of Ant Group’s consumer finance transition? »
back to top