Financial reform in China starts to pick up 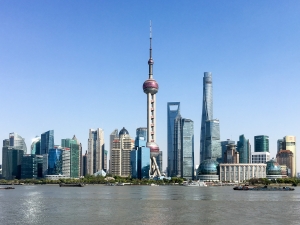 The pandemic-induced economic downturn could be a catalyst for needed financial reform in China, where foreign firms have struggled to gain market share. The Chinese economy contracted in the first quarter and will likely grow just 1.2% for the year, according to the IMF. A new UN report estimates that FDI could drop 40% this year, falling below US$1 trillion for the first time since 2005. At the same time, China's trade surplus is narrowing. Capital outflows are rising despite stringent controls, reaching US$50 billion in March and April, according to Nikkei Asian Review. Capital inflows from foreign investors in the financial sector could help stabilize the renminbi.

Beijing has long used capital and foreign exchange controls to maintain a tight grip over the financial sector, which it views as strategic. Foreign firms have a negligible presence in the banking sector, both retail and corporate, holding less than 2% of overall banking assets. The restrictions insulate the banking sector from the effects of sudden hot money inflows or capital flight.

Among the foreign banks allowed to conduct retail banking in China are HSBC, Standard Chartered, Citigroup and Bank of East Asia. HSBC has the largest branch network of any foreign bank on the Chinese mainland, with 170 outlets in about 50 cities. HSBC is the exception more than the rule, given its historical links to Shanghai and its huge Hong Kong business. Most foreign banks operating in China have very few branches and are limited in business scope.

That isn't likely to change. The Chinese government has not signaled an intention to remove market barriers to traditional retail or corporate banking. Nor has it announced any change to the 10% foreign ownership limit of Chinese A-share stocks on the Shanghai and Shenzhen Stock Exchanges.

Instead, Beijing is opening up less sensitive segments of the financial sector, such as payments. To be sure, at US$27 trillion, China's payments market is nothing to scoff at. It's just that foreign firms are arriving late to the game. Local fintech giants Ant Financial and Tencent together have about a 90% share of the payments market and will be hard to disrupt.

In June, the People's Bank of China (PBoC) approved American Express's card-clearing services, opening the way for the U.S. card giant to finally enter the China market. AmEx will become the first foreign card firm to process local currency transactions in the country. It's not a solo flight though: AmEx has a local joint-venture partner, LianLian.

Thanks to that partnership, Tencent's WeChat Pay platform will be able to support AmEx RMB credit cards. "Our cooperation is conducive to the more open and international development of China's payment and bank card clearing services," Chen Qiru, vice president of Tencent Financial Technology," was quoted as saying by China's Xinhua News Agency. AmEx reportedly also has plans to partner with China's four largest state owned banks, its bank-card giant UnionPay and Alipay.

China's credit-card market is relatively niche, perhaps because of a traditional consumer aversion to debt spending. As of the end of Sept. 2019, 90% of China's 8.5 billion bank cards in circulation were debit cards, according to Bloomberg.

Also in June, the PBoC granted Japan's MUFG Bank a license to act as a settlement agent in China's interbank bond market. MUFG Bank is the first Japanese lender and eigthh foreign one to receive the license. Japanese investors account for about RMB 100 billion of the RMB 2.3 trillion that foreign investors have in China's bond market, according to Nikkei Asian Review.

A potential bellwether of financial reform in China could be how the Chinese government responds to UBS's bid for a digital banking license. UBS sees a chance to develop a digitally focused wealth management business as Beijing prepares legislation expected to allow foreign banks already doing business in the country to operate online-only banks. With its focus on wealth management, a sector that Beijing has marked for liberalization, UBS has a better chance of success than if it were targeting wider retail banking.

More in this category: « After Beijing, China Expands Fintech Regulatory Sandbox to Shanghai Reflecting on what went wrong with P2P lending in China »
back to top
© 2007 - 2021 Kapronasia