FICO and Zestfinance in China: different approaches, for the same goal

Recent announcements in the personal credit scoring market in China show that both global established giants and smaller, but cutting-edge companies are carving out niche markets for themselves in the country.

They often chose to do so alongside with local partners, but in different ways. 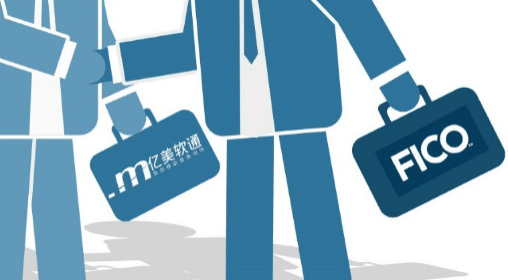 In September 2016 FICO signed an agreement with Beijing Emay Softcom, a data technology company serving financial institutions in China, to improve the latter's 'strength in data processing, risk management and credit decision analytics.' This looks like a technology rights sell or a distribution deal, where FICO's customer is not a bank as it usually is, but a firm that will use the technology to serve its own customers.*

Later in 2016, Zestfinance, a leading US company that applies big data and machine learning in the financial industry, officially launched a JV company with JD Finance, a financial services arm of JD.com. The JV leverages consumer data from JD.com and analytics technology from Zestfinance, in some sense "turning shopping data into credit data." The new company is called ZRobot and has already announced an anti-fraud and credit risk solutions as its first two products.

The FICO and Zestfinance deals show that foreign technology players often choose to work via local partners, because the latter already have sales channels built out and therefore foreign players don't have to spend time and money on establishing presence themselves. However, Zestfinance's deal structure is different, because JD Finance is also providing data for their collaboration.

How this all plays out remains to be seen. Risk / Fraud control and credit are two of the biggest challenges for the industry at the moment and there are no shortage of players attempting to provide industry solutions. It will take a unique combination of scale, customer reach and strong technology to 'win' in this space.

*As a side note, according to Emay's official report, the company provides 'technology support' to Beijing Sinoway Credit, one of the eight holders of the new personal credit scoring licenses issued by the PBOC. This means that Sinoway might be the first of the eight companies to be using technology provided by global vendors, in this case FICO's solutions delivered by Emay.