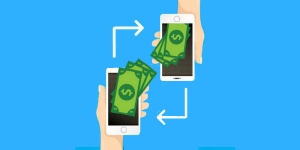 China's peer-to-peer lending crackdown has been a lesson in risk management with Chinese characteristics. While SOE juggernauts in China may be too big to fail, the P2P lending sector was too big to prevail. Massive scams on the largely unregulated platforms defrauded retail investors of their life savings, threatening social stability. The China Banking and Insurance Regulatory Commission reckons that P2P lenders still owe depositors about RMB 800 billion (US$115 billion). There are just 29 P2P lenders left in China today, compared to 6,000 when the crackdown began in 2015.

In November 2019, Beijing ordered remaining P2P lenders to exit the industry within two years. Online lending would have to be done through other channels, regulators said.

Some of China's P2P lenders have misread Beijing's determination to eliminate the sector. Hangzhou-based Weidai, the city's largest microloans provider, listed on the NYSE in November 2018, raising US$45 million. Understandably, investors sought to cash out while it was still possible, even if the deal didn't come close to Weidai's original goal of US$400 million.

The trouble for Weidai is that it has not diversified into other segments of digital finance. The company cannot easily meet Beijing's requirement of minimum registered capital of RMB 1 billion for an online microlending license. On May 31, Weidai announced it would exit P2P lending by June 30.

That move appears to have come too late. In early July, Chinese media reported that Weidai is under investigation for alleged illegal fundraising activities. "The public security authorities will start checking and exerting control over the relevant assets and manage the process of stolen funds retrieval and loss limitation,” the Hangzhou Public Security Bureau said in a statement.

In contrast, erstwhile P2P lender Lufax exited the business more than a year ago, citing increasingly stringent regulatory requirements. Ping An-backed Lufax has since pivoted to consumer finance - the business of lending for the purchase of products including mobile phones, electronics and home appliances - while continuing to grow its online wealth management business.

Exiting P2P lending cleared a hurdle for Lufax as it began preparing for an IPO. The company is reportedly planning to list in the U.S. in a deal that would raise up to US$3 billion.

The tech giants have troves of user data, which could help them better assess borrower risk. They're also known commodities to Beijing. Regulators need not fret that these firms will collapse overnight, while they are much less likely to engage in unscrupulous behavior than shadowy P2P lending platforms.

More in this category: « Reflecting on what went wrong with P2P lending in China How will China's fintech crackdown affect Tencent? »
back to top