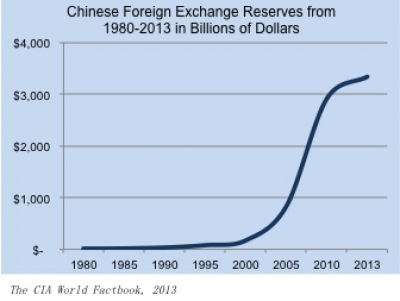 Over the last few decades, the Chinese Central Bank has accumulated massive foreign exchange reserves making it the world’s largest holder at $3.44 trillion. Furthermore the expansion of these reserves, which has accelerated dramatically since 2000, has shown no signs of slowing. Figure one shows foreign reserve levels in China compared with Japan, the world’s second largest holder, along with the United States. Figure two shows the trajectory of China’s foreign reserve levels over the last three decades, which is now over 300 times larger than in 1980. 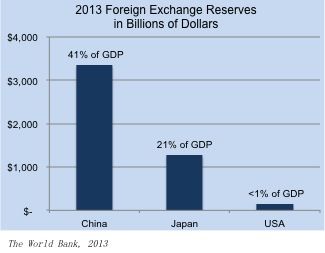 Interestingly, China’s recent growth in foreign reserves has significantly increased its ties and influence within the global economy. Because inflation lowers the value of idle money over time, the People’s Bank of China (PBOC) has looked for ways to invest these reserves by purchasing US and European foreign debt. But with current yields at historically low levels, the PBOC has been looking abroad for more productive ways to diversify its investments. In recent years China has been funding major projects in infrastructure, technology and finance across all regions of the globe. According to 2013 figures by the Heritage Foundation, Chinese outward foreign direct investments have increased in the US ($54 bn), Europe ($69 bn), Asia ($153 bn), South America ($73 bn) and Africa ($156 bn). Moreover, as China’s growth in foreign exchange reserves pushes for more outward foreign investments, Western governments increasingly worry about China’s growing prominence within the global economy. 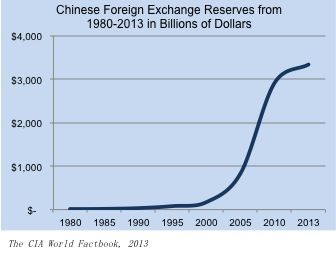 More in this category: « What does an MOU actually mean in China’s financial industry? The Next Big Thing: China's Digital Banking »
back to top