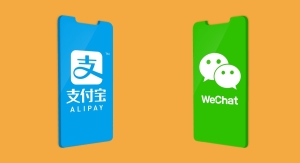 China’s fintech sector was never the same after November 3, 2020. That was the day Chinese regulators abruptly nixed Ant Group’s mega IPO, a dual Shanghai and Hong Kong listing that was expected to raise US$37 billion and value the Chinese fintech giant at a whopping US$315 billion. The cancellation of Ant’s IPO proved to be the beginning of an extended campaign to curb the dominance of Big Tech in China’s financial services industry.

Regulators had both practical and political reasons for going after what were once seen as unassailable, systemically vital companies. The practical reason was that the Ant and its archrival Tencent had created an unfair fintech duopoly that allowed them to exploit their powerful market positions at the expense of their users and competitors. The political reason was that the fintech giants had moved in on the territory of incumbent financial institutions – though those incumbents undoubtedly benefited from their relationships with Ant and Tencent – and had perhaps been a bit too ambitious in building their respective empires. The shifting political winds in China no longer favor gung-ho and outspoken consumer technology entrepreneurs.

With almost two years since the fintech crackdown began – and no definitive end yet in sight – it is worth exploring how Ant and Tencent’s fintech businesses have changed. They are not exactly what they once were, but nor are they shells of their former selves.

To curb the dominance of China’s fintech giants thus far, regulators have focused on breaking apart elements of their businesses and forcing them to act more like banks. Ant will ultimately become a financial holding company overseen by the People’s Bank of China (PBoC).

On one hand, Ant has had to change how it makes loans, which regulators viewed as overly risky under its old business model in which commercial banks took on most of the debt and Ant earned a portion of the interest income. Ant now has a dedicated consumer finance unit, Chongqing Ant Consumer Finance Co., which is licensed to conduct consumer lending and other operations. It holds Ant credit services Huabei and Jiebei. Unlike in its original microlending business, Ant has to fund and bear more of the default risk for the consumer loans it provides through this new unit.

Regulators have also required that China’s fintech giants boost their capitalization. In October 2021, Ant announced it had raised its registered capital RMB 35 billion ($5.44 billion) from 23.8 billion yuan, drawing on its capital reserve.

Further, Ant has been required to separate itself from Alibaba, its giant parent company. In July, the two companies agreed to terminate their data sharing agreement while all top Ant executives of Ant resigned from Alibaba’s partnership structure. Alibaba still holds a 33% stake in Ant though.
The changes have caused Ant’s valuation to fall precipitously, as investors view them as a drag on profitability – especially the chances in the company’s consumer lending practices. Bloomberg estimates that Fidelity Investments cut its estimate for Ant to US$70 billion at the end of May, compared to US$78 billion in June 2021, and US$235 billion on the eve of the abortive IPO. BlackRockBLK -0.1% and T. Rowe Price Group are somewhat more bullish on Ant; the former still values the Chinese fintech giant at US$151 billion and latter at US$112 billion.

Like Ant, Tencent has been ordered by regulators to restructure into a financial holding company, but thus far, known changes to the company’s structure are less dramatic than what Ant is undergoing. In theory, Tencent will have to fold its banking, securities, insurance and credit-scoring services into a financial holding company that can be regulated like a traditional bank.

It is possible that WeChat Pay could be included in the financial holding company, in which case it would be subject to the oversight of the central bank. Regulators reportedly believe that Tencent's current payments license owned by its TenPay unit, the backend provider of wallet services on WeChat and QQ, as insufficient to cover WeChat Pay's services.

There are signs that China will ease its fintech crackdown as part of a broader move to stimulate the ailing economy, which has struggled amid punishing zero-Covid restrictions. The first clear indication of this possibility came in June, when China’s state media reported that Chinese President Xi Jinping chaired a top-level meeting that approved a plan for the “healthy development” of China's large payment firms and fintech sector. The meeting noted that China will boost the supervision of large payment firms to combat systemic financial risks and will support platform companies in servicing the real economy. At the meeting Beijing recommended fintechs “return to their roots,” likely meaning they should focus more on payments and less on certain banking services.

Also in June, Reuters reported that the PBoC had accepted Ant Group's application to set up a financial holding company. That would be a major milestone in restructuring the company and preparing Ant to revive its IPO. However, neither Ant nor the PBoC has yet confirmed that the Reuters report is accurate. Ant has refuted a Reuters report that the company had been given permission to restart its IPO process. It is hard to say whether the Reuters report is accurate or not. However, it is possible Ant wants to keep the process low key given the debacle that ensued on the first attempt, and hold off on making a formal announcement until it is absolutely certain the IPO can go forward without a hitch.

Still one app to rule them all?

Crucial to the successful restarting of its IPO process will be Ant’s ability to preserve its Alipay super app. In October 2021, various media reported that the PBoC might force Alipay to break up the app and create a separate app for its lucrative lending business. Breaking up the Alipay super app would be more impactful than the separation of Huabei (similar to a traditional credit card) and Jiebei (which provides small, unsecured loans) into a new entity – which has already occurred. Despite that restructuring, Alipay users to date can still access the lending services conveniently from the Alipay app. If they could not, the app would lose some of its famed stickiness.

Huabei and Jiebei’s continued steady growth will likely play a major role in investor confidence to move forward with Ant’s IPO. Ant’s CreditTech arm, which includes Huabei and Jiebei, is a big moneymaker for the company. It accounted for 39% of the group’s revenues in the first half of 2020, overtaking Ant’s main payment processing business for the first time.

Both Ant and Tencent remain formidable companies at the top of the fintech industry in China, without any credible challengers given their scale and systemic importance. However, their days of breakneck growth and extraordinary profitability are over, now a part of history along with China’s whole go-go consumer tech era. Even as Beijing has signaled it will ease its fintech crackdown, it continues to urge fintechs to focus on less-profitable segments of financial services like payments.

In the future, Ant and Tencent will have to be content with more modest margins and greater restrictions on their core businesses than in their nascent fintech days. Such is the price of both their success and Beijing’s re-orientation away from big soft tech towards hard tech.

More in this category: « Assessing the state of renminbi internationalization
back to top