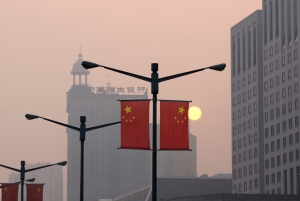 The Implications of the Credit Card Boom

Needless to say, banking institutes have tapped into a market that yields high returns. Especially considering the booming status of the middle class in China, who are capable of spending their high disposable future income in the form of short term borrowing today. Lending to this demographic reduces the possibility of bad debt and further strengthens China’s credit card boom. The strategic move by financial institutions pushes fintech companies out of the picture as they are not able to issue credit cards. Thus, given low market penetration, it provides financial institutions the leverage to maintain status quo in China’s financial market as there is a big opportunity for growth.

On the contrary, risks that arise from issuing unsecured loans such as credit cards, amongst the obvious possibilities of bad debtors, include dealing with untested and uninformed borrowers. For instance, those with no previous history of creditworthiness such as recent graduates or young adults. Risks related to this demographic are higher as there is a greater potential for bad debt and consequently growth in credit card debt for banking institutes.

For some perspective, Chinese online credit card manager 51 Credit Card Inc. states that half of China’s credit card holders are aged from 21 to 30 years old. This statistic is concerning as the majority that fall into this age bracket are young adults who are most likely to be untested borrowers. The implications of this on banks and financial institutions are that it has the potential to heighten their existing credit card debt and threatens their asset quality.

Additionally, Reuters reports that individuals tend to default on card debt more so than corporate borrowers. Recovery rates are estimated to be below 16 percent for individuals compared with 50 percent to 60 percent for corporate borrowers. With increased consumer lending, this poses as a further challenge to banking institutes who may eventually become saddled with more debt than initially anticipated. China’s circumstances as of now show increased possibilities of a credit card bust following its boom.

China faces a growing household debt to GDP ratio which has increased by around 23.3 percent from 2012 to 2018, according to figures from the CEIC. Where mortgage loans used to be the biggest contributor to overall household debt, unsecured loans are gradually rising. S&P Global reports that the growth momentum of factors contributing to China’s household debt is highest for unsecured loans. Of the unsecured loans, credit card debt seems to take precedence.

According to Reuters, outstanding balance on credit cards reached around 6.6 trillion yuan, an increase of more than 120% as of the third quarter of 2018. And so, amongst China’s credit card boom the paralleling growth in credit card debt is worrying. Although China’s household debt to GDP ratio may be lower than other developed economies, the concern associated with China’s growing debt, contributed by its credit card debt, is the sheer fact that it is growing.

This is most probably in part due to the response of the Chinese government who, taking into account the historic credit card booms in Hong Kong and South Korea, has capped annual interest rates on credit cards in a range of 12 percent to 18 percent, according to S&P. As long as the government continues to take the necessary precautions to alleviate the pressure of credit card debt on the overall household debt - encouraging borrowing and consumer spending by lowering interest rates may ultimately, hold the potential to heighten China’s credit card boom as well as the growth in its GDP.