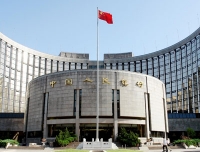 China's major banks are moving to open wealth-management units following a regulatory overhaul designed to strengthen risk management and oversight of fund flows in the Chinese financial system. The new rules allow bank subsidiaries to invest up to 35% of a product's net assets in "non-standard credit assets," i.e.: "off-balance-sheet loans.

In recent years, Chinese banks have introduced wealth-management products (WMPs) to diversify away from traditional lending. Forming a cornerstone of China's "shadow banking" sector, WMPs are investments offering fixed rates of return well above bank deposits' regulated interest rates. They are frequently used to fund investments in sectors where bank credit is restricted. The vast majority of WMPs are not recorded on banks' balance sheets. Through 2017, Chinese banks had issued RMB 29.54 trillion in wealth-management products (US$4.3 trillion), according to government data.

Analysts say that Beijing has been concerned that banks' practice of investing in each other's high-yield wealth-management products - attractive for the easy profits they offered - posed an unacceptable level of risk to the Chinese financial system. If one institution collapsed, it could potentially trigger a contagion similar to what happened in the U.S. and Europe when Lehman Brothers tanked in 2008. Further, with the WMP business happening off balance sheets, there was no way for China's financial regulators to reliably track it.

With that in mind, the Chinese government stepped up oversight of shadow banking in 2017, causing annual growth of wealth-management products to fall to just 1.69% that year, compared to almost 24% year-on-year growth in 2016, according to data cited by Xinhua. Under the new regulations, banks' wealth-management subsidiaries will be required to have registered capital of at least RMB 1 billion as well as a risk reserve fund to cover potential losses.

Allowing banks to establish wealth-management units not only will reduce systemic financial risk, it also may help to boost China's anemic stock market, which lost US$2.4 trillion in 2018. The Benchmark Shanghai Composite lost 25% in 2018, making it the world's poorest performing major stock market. "Investors haven’t been this disengaged with stock trading in years," Bloomberg wrote in a Dec. 28 report.

Beijing is hoping that allowing banks' new wealth-management subsidiaries to invest in the stock market could reverse that troubling trend. “Some of the investors with high risk appetites would like to see banks’ units manage their assets to chase returns on the stock market," Zhou Ling, a Shanghai-based hedge fund manager, told The South China Morning Post in a Dec. 27 report.

More in this category: « Financial Clouds come into Focus in China Didi Chuxing wants in-app financial services to drive growth »
back to top