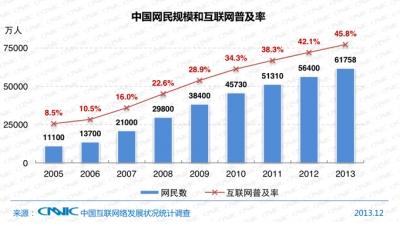 The sheer size of China's population and geography means that you get some pretty amazing statistics out of it. Couple that with increasing internet and mobile penetration and you have some pretty sizable numbers.

There are now 618 million internet users in China according to the latest numbers from the China Internet Network Information Center (CNNIC). 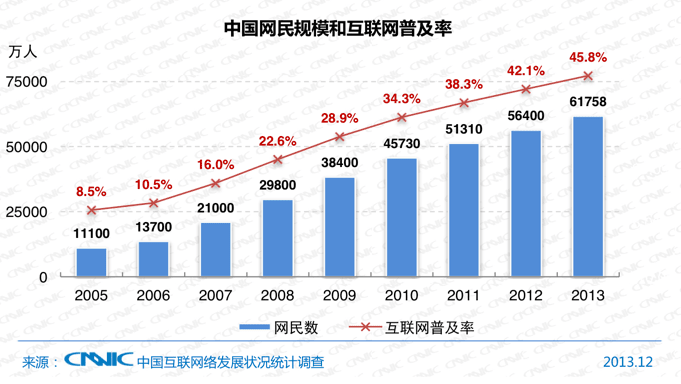 This indicates an internet penetration of 45.8%, increasing once again and reaching nearly half the population. 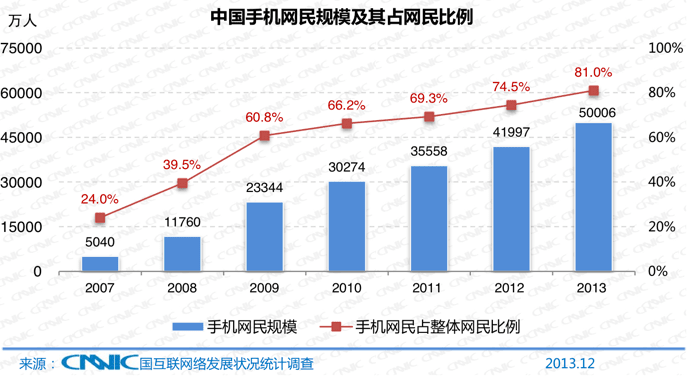 We touched yesterday on the coming innovative wave in China's retail banking industry and the numbers above are a big part of that and will be a key part of what makes this wave of innovation so incredible.