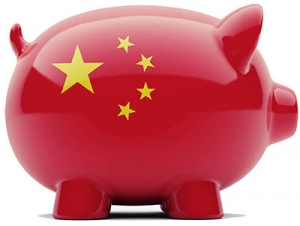 China led global fintech funding in 2018 as its tech giants stepped up their bid for global expansion. Data from a new Accenture report show that China raised $25.5 billion of $55.3 billion in fintech funding last year. $14 billion of that cash came from the mammoth Ant Financial fundraising round that closed in June 2018.

Analysts say that Ant forecasts almost 2/3 of its revenue by 2023 will come from fintech banking and fraud prevention services. For now, Ant is focusing heavily on payments and has related partners in Southeast Asia, India, Japan and Korea.

The U.S.'s blocking of Ant's bid for MoneyGram stymied the Chinese firm's foray into North America, so Ant changed course and instead bought the UK's WorldFirst money-transfer company for $700 million.

Ant's current strategy in the U.S. focuses on the Chinese tourist segment. The Hangzhou-based firm announced in February that it would launch Alipay in 7,000 Walgreens stores, where Chinese tourists shop for health supplements. Research by Nielsen has found that 90% of Chinese tourists would pay for purchases with their mobile phones if given the choice.

Overall, Chinese fintech firms are expanding overseas as growth slows in their home market and regulators move to control systemic financial risk. Their success is far from certain, despite the hype. Previous attempts to go global by Chinese software companies have not borne fruit outside of the immediate neighborhood. Alibaba's Taobao, the world's largest e-commerce marketplace, remains dependent on its home market of mainland China. Sure, it's carved out a niche in Taiwan and Hong Kong, but there are minimal cultural and linguistic barriers in those two markets. Similarly, Tencent's WeChat ecosystem is largely confined to mainland China's borders. Its global expansion remains limited to facilitating transactions by Chinese consumers overseas.

Thus, the question remains: Will digital finance platforms made for China be viable serving a wider market overseas, where the Chinese firms have to compete on playing field not tilted in their favor? The only thing for certain is that such success would be a first for Chinese internet companies.