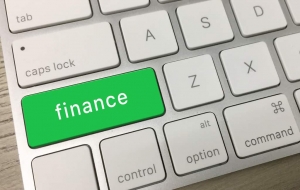 China is currently the world’s largest emitter of greenhouse gases, accounting for nearly 1/3 of the global total. Beijing is well aware of the effect its emissions have on climate change and has pledged to be carbon neutral by 2060, with emissions peaking in 2030. As part of its emissions reduction plan, China is introducing more eco-friendly practices in the financial services sector, but there is a steep learning curve.

To meet its net-zero emissions target, China needs RMB 140 trillion ($21.3 trillion) of debt financing over the next 40 years, according to China International Capital Corp, an investment bank. Green bonds are an important part of the picture. Having issued about RMB 800 billion yuan in green bonds, China is world’s No. 2 green bond market after the United States. But the overall China bond market is worth US$18 trillion, with green bonds making up less than 1% of it.

As of late May, Chinese firms had issued US $20.7 billion in green bonds (both onshore and offshore debt) this year, according to Dealogic, which is a record compared with the same period in previous years. The only problem is that some of the bonds appear to not be financing genuine green projects. According to The Wall Street Journal, 33 of the 127 green bonds issued in China this year failed to meet criteria set by Climate Bonds Initiative (CBI). For instance, CBI says that proceeds from green bonds sold in April by Zijin Mining Group and China Petrochemical Corp will be used to build solar panels – but the panels will likely support the firms’ respective traditional businesses, mining and oil extraction.

Meanwhile, many Chinese firms remain circumspect about green bonds, because they do not see any cost advantage, and believe many green projects are too risky given uncertain market support for them.

“This yield premium is partly the result of structurally higher interest rates in China. At the same time, local investors do not pay a premium for green bonds, as is usually the case in Europe,” Aidan Yao, Senior Emerging Asia economist at AXA Investment Managers, wrote in an April South China Morning Post commentary.

Meanwhile, moving closer to global standards by removing coal from the green market would likely expand the potential foreign investor base for Chinese green bonds.

Tags:
More in this category: « What are the implications of Ant Group’s consumer finance transition? How are companies weathering China’s fintech crackdown? »
back to top