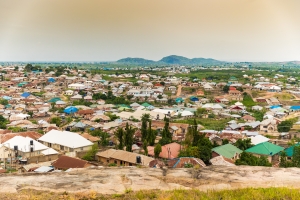 In Africa, China has the potential to build the fintech ecosystem for many countries, something it is trying but struggling to execute in Southeast Asia, where competition is intense and regulators sometimes have local favorites. Rather than try to build an ecosystem with WeChat Pay or Alipay, which really are made for use in China or by Chinese travelers abroad, China can instead nurture local African startups from almost the ground up. This is also a different strategy than Alibaba taking a majority stake in Lazada, which was founded in Singapore by Europeans in 2012, and imposing its own culture. Lazada's culture was already strongly formed by the time Alibaba made its first investment in the company in 2016. While Lazada is performing well today, it remains a challenge for Alibaba to accommodate the Lazada's way of doing things in some markets.

Chinese investors have led the last two mega funding rounds of Nigeria-based OPay. OPay provides consumers with a wide range of services including mobile payments and transfers, ride-sharing and food delivery. OPay was founded by the browser company Opera, which a consortium of Chinese investors acquired from the original Norwegian owners in 2016 for $600 million. OPay completed a Series B round in November that raised $120 million led by Chinese investors such as Sequoia China, IDG Capital and Source Code Capital. Chinese investors also led a July round that raised $50 million. OPay plans to use the funding to expand to South Africa, Kenya and Ghana.

"OPay will facilitate the people in Nigeria, Ghana, South Africa, Kenya and other African countries with the best fintech ecosystem that Africa has ever seen, paired with the inclusion of daily-use services such as transportation and delivery," OPay CEO Zhou Yahui said in a statement.

The Chinese backing of OPay comes alongside a recent $40 million seed investment by Shenzhen-based Transsion (Africa's no. 1 mobile phone maker) and Taiwanese chip designer MediaTek in the Nigerian digital payment service PalmPay. While headquartered in the UK, PalmPay is very much focused on the Nigerian market. Its mobile banking services include no-fee payments options, rewards programs and payment of bills. During its pilot phase, which ran from July to early November, PalmPay says that it signed up 100,000 users and processed 1 million transactions.

More in this category: « Ping An's fintech unit opts to list in New York instead of Hong Kong What's ailing the Chinese banking system? »
back to top