After over a year of incredible growth, Yuebao is starting to slow slightly and the expected returns on the platform are dropping down to about 4%, not entirely different than what is possible in a bank. In April 2014, Alibaba made a decision to roll out a new online finance product, a bankers' acceptance online lending.

Alibaba was then followed by other internet giants such as Sina, JD.com and Suning. The new investment service seems to have a perfect product-market fit as it was fully subscribed immediately after being launched. The way it works is the platform uses investor's funds to pay cash to holders of what is called bankers' acceptance in other markets. Once the acceptance matures, the platform cashes it out and returns the invested capital to platform users with interest.

Apparently, the popularity of bankers' acceptance online lending seems to be driven by the high return rates. The product launched by Sina has a 9.8% annual return, while that by JD.com is between 7% and 9%. It seems that bankers' acceptance lending may become the next star product of Chinese internet finance. By the end of 2013, total value of all acceptance bills in circulation has reached RMB 45.7 trillion, while currently, the total volume of bankers' acceptance lending is only around RMB 1 billion. The huge market presents big opportunities. However, it should also be noted that although the investment target of bill loans financial product is banks’ acceptance bill, supported by banks’ credit, there are still some potential risks in terms of fake bills or a delay of acceptance payment. 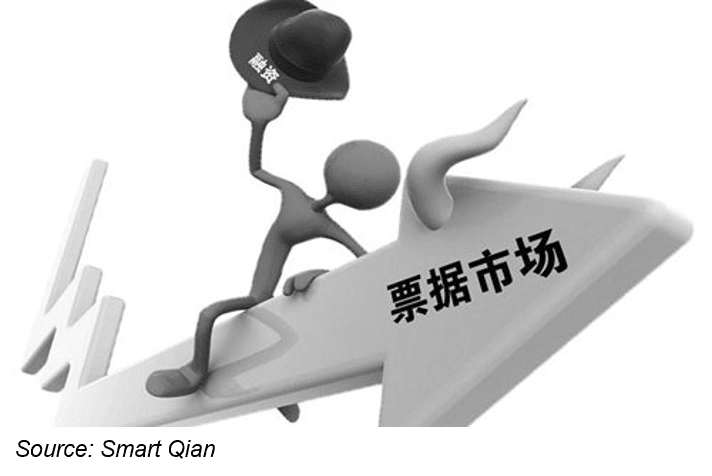 More in this category: « Alibaba continues pressing into banking with a virtual credit card Chinese banks start to push back against money funds »
back to top