Assessing the state of renminbi internationalization 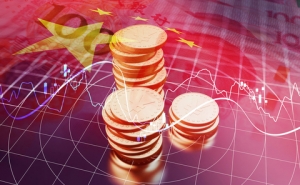 Given the ever-more complex geopolitical situation, it is well worth examining the state of renminbi internationalization. Lofty goals mooted in the early 2010s, such as a free float of the Chinese currency, and full convertibility of the capital account, seem out of reach for the foreseeable future. Nor is the renminbi becoming a dominant global reserve currency. Rather, its use is rising in specific use cases, such as bilateral trade settlement, often due to geopolitical considerations.

Reading China’s state media, one might come away with the impression that the renminbi’s internationalization has been swift and dramatic. A March China Daily report notes that in January, the renminbi rose to a record 3.2% of international payment settlements, breaking a record set in 2015. Further, the article notes that the renminbi is now the fourth most commonly used currency in global payments, according to SWIFT, up from 35th in October 2010.

One of the biggest current drivers of renminbi internationalization is the burgeoning China-Russia economic relationship. China is buying more oil than ever before from Russia, while its exports to Russia are growing at a double-digit pace even as shipments to many other places slow down.  Russian firms battered by Western sanctions and unable to trade in dollars are instead using renminbi to settle more of their trade and are boosting borrowing in the Chinese currency. Moscow is also increasing holdings of yuan in its foreign-exchange reserve.

Bloomberg noted in a recent report that Russia accounted for 4% of all offshore yuan payments made through the SWIFT system by July, No. 3 after Hong Kong and the UK. It has been a swift climb to that position: At the end of last year, Russia wasn’t even in the top 15 countries with the most offshore yuan payments.

Additionally, Russia’s government is reportedly considering a plan to buy up to US$70 billion in yuan and other “friendly” currencies this year to slow the ruble’s surge before shifting to a longer-term strategy of selling its holdings of the Chinese currency to fund investment

Looking ahead, we expect that renminbi internationalization will continue at a gradual pace, characterized by bilateral and other small-scale arrangements that increase the Chinese currency’s international use strategically, but do not require Beijing to relinquish its capital and exchange controls. To that end, in June, the Bank for International Settlements (BIS) announced on Saturday that it and the People's Bank of China had jointly established a Renminbi Liquidity Arrangement to create a reserve pool for providing liquidity support to participating central banks during market volatility in the future. This part of a long-term goal of China’s leadership to develop a “multipolar international monetary system.”

This move is in line with China’s emphasis on cultivating relationships with developing countries. Participants will include will include “major emerging economies in the Asia-Pacific and Latin America” per China Daily.

More in this category: « Hong Kong’s evolving role as a financial center China's fintech giants diminished by crackdown, but still formidable »
back to top