Ant Group is nearly out of the woods 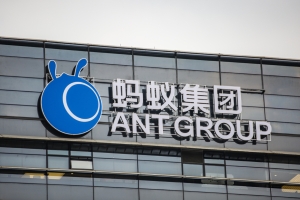 Two years and 2.5 months after its IPO was shelved at the 11th hour, Ant Group appears to be nearly out of the woods. Ant has jumped through countless hoops for regulators over the past few years, from creating a dedicated consumer finance unit to raising its capitalization to agreeing to share consumer data with the People’s Bank of China (PBoC) to having Jack Ma give up control of the company – more on that later. So it is no surprise that with the Chinese economy faltering, battered by zero Covid and then the abrupt shift to living with the virus, that regulators are ready to put China’s tech crackdown in the rearview mirror.

On January 13, PBoC official Ma Jianyang said that Ant and 13 other platform companies “have basically completed business rectification” under regulatory supervision and guidance. He added that regulators will keep promoting the platform economy’s healthy development by expediting the correction of “a few remaining unaddressed problems,” improving the regulatory mechanism, and establishing financial support measures.

That announcement follows Ant receiving regulatory approval last month to expand the capital base at its consumer credit unit to RMB 18.5 billion (US$2.63 billion) from RMB 8 billion. China requires that consumer loan companies have a minimum capital adequacy ratio of 10%. After the capital expansion, the Ant unit will be able to increase its loan balance to RMB 240 billion from RMB 100 billion if Ant is the sole lender, or increase it to RMB 800 billion from RMB 350 billion for a syndicated loan, according to The South China Morning Post.

As important as this change was for Ant’s future, the removal of Jack Ma from a controlling role in the company is likely even more important. Ma’s brash style – and especially his willingness to challenge incumbent and regulatory complacency – rubbed regulators and China’s leadership the wrong way. Coupled with the genuine power that his company had amassed from its huge market capitalization, vast data troves and paramountcy in China’s digital economy, it was a recipe for trouble.

An announcement by Ant Group earlier this month revealed that Ma formerly controlled 53.46% of Ant’s shares and was deemed the company’s “control person.” Following the adjustment, he will hold just 6.2% of the voting rights, and definitely will not be in control of Ant Group.

“The adjustment is being implemented to further enhance the stability of our corporate structure and sustainability of our long-term development,” Ant said in a statement.

We reckon that the adjustment was implemented so that Ant could go forward with its long-delayed IPO and finally allow investors to cash out – albeit at a less lucrative rate than before China’s tech crackdown. With Ma’s wings thoroughly clipped, regulators will feel more comfortable with approving Ant’s listing, and they likely want that deal to go forward this year to boost China’s capital markets ecosystem and restore some confidence in the consumer tech economy.

More in this category: « Targeted renminbi internationalization is feasible
back to top