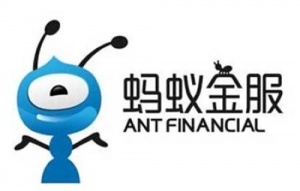 If at first you don't succeed in buying a money-transfer company, try again. Just make sure you go shopping in a friendly jurisdiction. That strategy paid off for the Alibaba affiliate Ant Financial as it acquired the UK's WorldFirst for $700 million in mid February.

UK regulators, mindful of Britain's looming departure from the European Union, aren't keen to shoo business away. Ant seemed to have no trouble getting approval for the deal from them - in stark contrast to its travails with the U.S.'s CFIUS (Committee on Foreign Investment in the United States), which ultimately prevented the Chinese financial giant from buying Moneygram in early 2018 for US$1.2 billion. CFIUS had national-security concerns about the deal. Sino-U.S. relations just haven't been the same since Washington took off the gloves.

Intensifying Sino-U.S. rivalry hovered over the WorldFirst deal too. Because the London-based firm had (no longer as of Feb. 20) a U.S. presence, U.S. regulators still had veto power over the deal. Reportedly, WorldFirst decided to preempt any objections from them by shuttering the operations of its U.S. business.

A February 14 report in TechCrunch suggests that the London-based firm, facing tough competition from Amazon as well as China's PingPong, LianLian and Airwallex, was eager to be bought out by Ant. In fact, pressure on WorldFirst's earnings was so strong that the company's growth has been flat or even negative, the report said.

Now WorldFirst can capitalize on Ant Financial's massive Alipay network, which has more than half a billion registered users. Alipay already has a substantial UK presence given the interest of British retailers in revenue from Chinese tourists. Under the terms of the deal, WorldFirst will become a wholly-owned subsidiary of Ant Financial.

“The tie-up will add WorldFirst’s international online payments and virtual account products to Alipay’s range of technology solutions,” allowing Ant to better access opportunities in cross-border e-commerce, the Chinese firm said in a statement, adding that its acquisition of WorldFirst will promote financial inclusion globally.