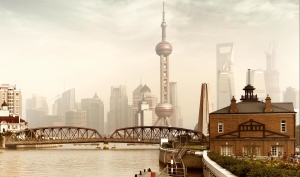 On May 17, the People’s Bank of China (PBOC) Shanghai branch announced the launch of the Shanghai Fintech Innovation Regulatory Trial, which follows the trial in Beijing last December. In addition, the Shanghai Fintech Industry Alliance (SFIA) was established to encourage innovative fintech programs in the Yangtze River Delta region.

Regulatory sandboxes provide fintech firms a controlled and supervised environment to test innovative products, services, or business models. Fintech innovation is an important driver of growth in the financial industry, especially in China. However, potential risks need to be addressed, notably customer security and data protection. At the same time, regulatory uncertainty could dissuade investors from investing in a company. For their part, meanwhile, regulators need to develop a deep understanding of innovative applications so that they are able to effectively regulate new business models and technologies. Thus, regulators use a regulatory sandbox to achieve a balance between technological innovation and risk prevention, so as to implement more universal policies.

In late April, the PBOC extended the second batch of sandbox experimental cities to Shanghai, Chongqing, Shenzhen, Hangzhou and Suzhou, as well as the Xiong’an New Area, a much-anticipated new economic zone. The Shanghai trial will guide licensed financial institutions and technology companies to join in the scheme, with the aim to protect consumers’ rights and assist SMEs with maintaining their operations during the COVID-19 crisis. The Shanghai financial regulator said that it would apply “soft regulatory methods” such as information disclosure, product notice, and social supervision. It will also support the local sandbox to connect with other sandboxes around the world.

Although there are similar products widely available on the market, such as instant internet loans issued by banks or internet loan providers, putting a project into the sandbox can allow it to grow freely without falling afoul of existing regulations, supporting the creation of new business models and helping familiarize regulators with them.. However, if a project does not progress fast enough in the sandbox, it may stand little chance of succeeding in the real market.

The Sandbox experience in the UK and ASEAN

The British government first developed the concept of the "regulatory sandbox." The UK Financial Conduct Authority (FCA) launched its innovation program in 2014 and has supported more than 700 firms to test their innovation with real customers in the live market under controlled conditions. The access to regulatory expertise through the sandbox has reduced the time-to-market for firms and potentially lowered related costs. According to the FCA, 90% of the firms in the first cohort have continued towards a wider market launch. And at least 40% of firms that completed testing in cohort 1 received investment during or following their sandbox test.

Across ASEAN, regulatory sandboxes are also playing their role in managing risk in fintech innovation. In Singapore, the Monetary Authority of Singapore (MAS) launched its fintech sandbox in 2016 to encourage more fintech experimentation and innovation. One company, Inzsure Pte Ltd, was forbidden to continue serving as an insurance broker after the sandbox test.

The Bank of Thailand launched a regulatory sandbox in early 2017 and encouraged innovative companies to develop services and products. In the Thai model, a startup’s innovations stay in the sandbox for a fixed period of 6 to 12 months. Successful businesses after this period can apply for operating licenses.

Sandboxes in Zhejiang and the Greater Bay Area

Hangzhou is to release its Fintech Sandbox rules this week. The detailed establishment plan will be set by Hangzhou Central Sub-branch of PBC, Zhejiang Bureau of CBIRC, Financial Bureau of Zhejiang Province, and Hangzhou Municipal Bureau of Finance.

Meanwhile, in order to accelerate financial and trade integration of the “Greater Bay Area”, the PBOC announced the release of the “Opinions Concerning Financial Support for the Establishment of the Guangdong-Hong Kong-Macau Greater Bay Area” on May 14. The PBOC produced the Opinions in collaboration with the China Banking and Insurance Regulatory Commission (CBIRC), the China Securities Regulatory Commission (CSRC) and the State Administration of Foreign Exchange (SAFE). The options include plans to promote a cross-border regulatory sandbox.

More in this category: « UBS throws its hat into China's digital banking ring Financial reform in China starts to pick up »
back to top
© 2007 - 2021 Kapronasia