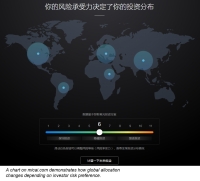 Automated advisory platforms, or Robo-advisors, have shaken up the finance industry in many parts of the U.S. and Europe. China's wealth management industry is now the next in line to receive such a boost.

Last week, the China Insurance Regulatory Commission (CIRC) issued a new scheme for evaluating risk in online insurance. Aimed at providing consistent development of the industry and ensuring proper risk management, the scheme is focused on the business model and operations of internet insurance companies. Companies offering life insurance, financial insurance, and other insurance areas are all covered by the new supervisory scheme. The review will take place in three steps, carried out over the course of five months.

China's April data is not as bad as it looks, the economy may actually be on the right track

Although China’s newly issued April export/import data may be worrying on its face, when examined from a different angle, it may tell a more positive story.

In China this year, over 3,700 billion RMB (about 570 billion USD) worth of domestic debt will expire, a record-breaking amount. Many companies will face difficulty in rolling the debt over because of the limited size of the whole bond market. Even if just a small percentage of the whole market defaults, the amount defaulting would still be so large, it could start a crushing storm for an already vulnerable Chinese economy. Many defaulting state-owned companies are from sectors in difficulty as China slows, such as mining and heavy industry. This makes the possibility of default more likely to happen. And in the environment of a slowing debt market, things will probably get worse.

Shanghai Gold Exchange started trading a new gold contract on April 19th. The contract is meant to become a global benchmark similar to the gold fix originated in London and New York, but denominated in RMB.

The fall of P2P, the rise of other wealth management products in China?

What’s the golden rule for investment? Don’t lose money. China’s middle class are thinking the same, and people are looking to P2P platforms for ‘safe and high return investment’ until the recent successive P2P company crisis from Jinlu to Zhongjin which has become a nightmare for the families who invested everything on them - the future of P2P products is uncertain.

In early March Citibank announced that it would sell-off its 20% stake in China Guangfa Bank to China Life insurance for USD 3 billion, almost five times more than what the US bank paid for the stake in 2006. 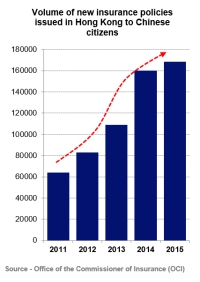 With an estimated USD 1 trillion worth of capital outflows from Mainland China in 2015, it is clear that a subset of Chinese citizens would rather keep their money outside of China. Following the country’s turbulent stock market and depreciating Yuan, an estimated 100,000+ Mainland Chinese citizens have been venturing out to Hong Kong in order transfer more than the stipulated USD 50,000 outside of China through the means of insurance policies.

How China's P2P lending companies could “guarantee” a return

“I don’t really care about what are the investment projects on the P2P platform or the borrowers’ details. My attention is more on the investment return, since most of the platform provide guaranteed return rate.”

Moving into the future, opening bank account online with your smile in China

A recent announcement from China's central bank, the PBOC, now allows banks to remotely open bank accounts, which was previously not possible - there was at least a bank visit and some paperwork needed. The announcement allows customers to open new accounts via their mobile, which should increase competition significantly between the BAT and traditional banks.

Could latest move by regulators mean the end of fintech in China?

Numerous Chinese media outlets are reporting on the latest moves by China's regulators to stop any new internet finance company registrations in China. The announcement is a bit vague as is expected from regulators, but indicates that no new fintech business license registrations will be allowed for the foreseeable future.

China’s Banking Regulation Commission (CBRC) has played with fire long enough, standing on the side and watching the story of online peer-to-peer lending unfold, as it started with a tremendous rise from 2013 to 2014 and to quickly turn into a machine of fraud and risk, potentially damaging countless individuals who were naïve enough to trust this system.

China UnionPay and the big banks make another push into the mobile payments market, but is it too little too late?

The 12th of December marked the official announcement by China UnionPay (CUP) of the launch of Cloud QuickPass, a mobile payment solutionbased on NFC (Near Field Communication) technology. Tests had been ongoing since May at franchises like McDonald’s, with the backing of the Industrial and Commercial Bank of China (ICBC) and builds on the existing QuickPass NFC technology deployed in many of the current CUP point-of-sale terminals around China.

China officially dropped its one-child policy by announcing that all married couples would be allowed to have two children. The move had an impact on markets at home and abroad. Shares in companies that make baby products such as diapers, prams and infant formula were up on the day of announcement while shares of popular contraception brand fell. This economic wave travelled as far as New Zealand where the currency of the dairy exporting country surged. The market reacts for a good reason. It is estimated that the relaxed controls would result in an extra 3 million to 6 million babies born annually in the five-year period starting in 2017.