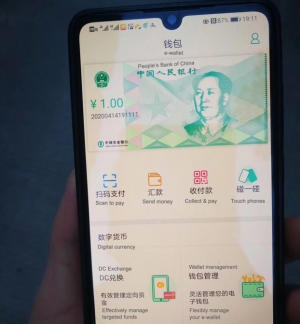 Finally after all the discussions about China's central bank digital currency, we're getting close to the actual launch as the platform goes into pilot. 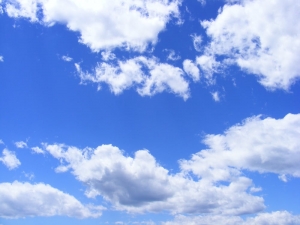 Why is Tencent investing in European fintechs?

Tencent is stepping up its fintech investments outside of China, where it and Alibaba's fintech arm Ant Financial effectively have a market duopoly. One approach for Tencent is direct expansion - the launch of WeChat Pay in international markets. That's a good idea in any country frequented by Chinese tourists or business travelers.

But direct expansion only goes so far, especially in developed economies. Tencent doesn't expect consumers in Europe or the United States will opt for WeChat Pay instead of Apple Pay, Google Pay, or apps created by local banks and fintechs. Instead, the Shenzhen-based company is taking strategic stakes in ascendant startups, including French mobile payment app Lydia and challenger bank Qonto. These investments will give Tencent a chance to grow its fintech business in Europe through local rising stars.

Who will be the biggest winners in China's P2P crackdown?

No China fintech segment has fallen faster and harder than peer-to-peer lending. Not even cryptocurrency, which Beijing all but outlawed, has been crippled like P2P lending. The reason is simple: The scam-ridden P2P lending segment robbed hundreds of thousands of retail investors of their life savings. Some distraught victims even committed suicide. There were massive Ponzi schemes.  Ezubao, a now defunct P2P lender which was based in Anhui, defrauded US$7.6 billion from 900,000 investors before it imploded. A Beijing court sentenced Ezubao's founder to life in prison in 2017. Shanlin Finance, which was based in Shanghai, swindled US$9 billion from investors before authorities broke it up in 2018.

In Beijing's view, scams of that size threaten social stability. With that in mind, the government had no choice but to crack down on the largely unregulated segment. To be sure, Beijing's dragnet has snagged some compliant lenders as well as miscreants. Yet, from the government's perspective, that's a small price to pay to assert control over the industry and reduce systemic financial risk. As of the end of 2019, just 343 P2P firms were still operating, down from 6,000 at the sector's 2015 peak. Authorities in Gansu, Hebei, Hunan and Sichuan Province as well as the municipality of Chongqing shut P2P lending down completely.

There is no China-US financial war - yet

Although the U.S. and China are on the verge of signing a phase one trade deal, the trade war is far from over. Most of the hundreds of billions of dollars in tariffs the two countries have levied on each other over the past 19 months remain in place. The bilateral relationship is as fraught as at any time since the establishment of diplomatic relations in 1979. Yet, the "financial war" forecast by pundits hasn't materialized.