Will Ripple relocate to Asia? 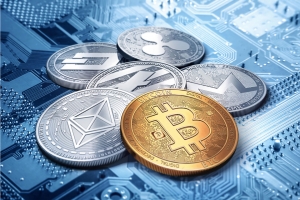 U.S. regulators have always been ambivalent about blockchain technology and cryptocurrency. That translates to a lack of regulatory clarity for firms operating in the space. In the U.S., crypto could be a currency, property, commodity or security, depending which regulatory authority you ask. But for now, it remains in limbo. Frustrated with this situation, San Francisco-based Ripple Labs is considering packing its bags and relocating to Japan or Singapore, countries which have taken a more proactive approach to regulating cryptocurrency than the United States.

It is no surprise that Japan is a top candidate for a new Ripple headquarters. Japan is the most pro-crypto of the world's major economies and has been steadily developing a related regulatory regime for years. Indeed, Japan amended its Payment Services Act in April 2017 to regulate cryptocurrencies. The revised law legalized digital currency as a form of payment. In September 2017, Japan introduced a registration system for crypto exchanges, helping to bring digital assets into the country's mainstream financial system. Since 2017, Japan has issued 22 cryptocurrency licenses.

"Japan is one of our fastest-growing markets, in part because we have key partners like SBI,” Ripple CEO Brad Garlinghouse told Bloomberg in October.

Another possibility for Ripple besides Japan is Singapore. Being headquartered in Singapore would position Ripple to tap rising demand in the city-state and regionally for digital financial services. Among Ripple's key customers in Southeast Asia are Nium, CIMB and Siam Commercial Bank.

From a regulatory standpoint, Singapore is probably the most crypto-friendly Asian economy besides Japan. While Singapore does not recognize virtual currency as legal tender, it did introduce extensive cryptocurrency regulations with the Payment Services Act that came into effect in January 2020. Notably, that legislation allows virtual currency firms to apply for a license to operate in the city-state.

The Monetary Authority of Singapore (MAS) granted a six-month exemption (ending July 28, 2020) for the license requirement to firms providing digital payment token services and a 12-month exemption to companies providing other types of services defined in the legislation.

It is possible that Ripple could skip over Asia altogether and instead move to London. The UK's Financial Conduct Authority does not classify XRP as a security, instead considering it to be used as a currency. "With that clarity, it would be advantageous for Ripple to operate in the UK," Garlinghouse told CNBC.