Why is crypto adoption high in Indonesia? 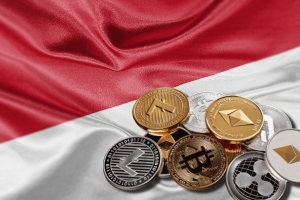 The use of decentralized virtual currencies is growing expeditiously in Indonesia and Southeast Asia’s largest economy has the highest crypto adoption rate in the world along with Brazil, according to a new study by crypto exchange Gemini published in early April. The report found that 41% of Indonesians aged between 18 and 75 years old with an income of more than $14,000 per year own crypto assets.

Some Indonesia investors may see crypto as a way to hedge against the rampant inflation striking the world. Those who believe bitcoin can function as a sort of digital gold note that fiat currencies decrease in value over time due to money creation by central banks, but bitcoin can resist this devaluation because of its fixed supply of 21 million units. Indonesia’s consumer price index rose 2.64% annually in March, its quickest expansion in two years.

Hedging against inflation is just one small part of the Indonesia crypto story though. The country is in the midst of a nascent retail investing boom fueled by strong economic growth, rising incomes and the growth of digital banking services and apps. Unlike in many developed countries, the Indonesian government already sees crypto as a legitimate asset class, though it is illegal to use them for payments. By some estimates, Indonesia already has more crypto than stock market investors.  According to the Commodity Futures Trading Regulatory Agency, Indonesia’s crypto investors have doubled in the past year to more than 12 million people, greater than the country’s 7 million stock market investors.

Given that Indonesia has a population of 275 million people, the potential for crypto to develop a significant asset class is high – as long as regulators do not implement any major crackdowns. At present, a situation as we see in China or India does not appear likely, though crypto taxes are imminent.

However, those taxes appear to be in line with Indonesia’s relatively permissive approach to crypto so far. From May 1, the Indonesian government will start taxing capital gains income from crypto trading and investments at 0.1% and a value-added tax (VAT) of the same amount will also be levied on crypto transactions. Those tax rates compare pretty favorably with India’s 30% tax on crypto income and 1% tax deducted at source (TDS) on transactions above 10,000 rupees.

More in this category: « Australia’s evolving crypto landscape North Korea is stealing massive amounts of crypto »
back to top