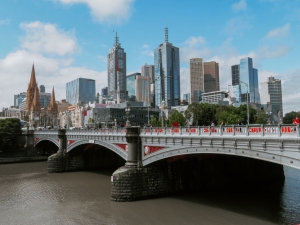 In a statement, Australia Post said its joining the government's digital identity system is a fundamental step "needed for the system to develop into a true whole of economy solution."

Australia Post moved to adopt digital identity following the publication of a December 2016 white paper with Boston Consulting Group that found considerable economic value could be created with a national digital identity solution. The white paper found that $11 billion could be saved by addressing gaps in the current system, namely the costs to serve and of fraud. Indeed, by eliminating the need to constantly verify one's identity with various accounts and passwords, a national digital identity solution could reduce the proliferation of large amounts of personally identifiable information online and thus curb identity-theft risks and online payment fraud.

"With a digital identity solution, Australians could seamlessly and securely interact online with government, businesses of all sizes, not-for-profits and colleagues," Australia Post and BCG said in the white paper.

Available as as an app for Apple iOS and Android devices, the AusPost identity service securely encrypts user data and stores it in Australia. According to AusPost, nobody from the provider can access or view the data.

The digital ID is approved for use in a little over half of the country's states and territories, including the Northern Territory, the Australian Capital Territory, Queensland, Tasmania and Victoria. Crucially, Victoria locals can use the digital ID as a proof-age-card to enter a pub. An on-screen animation creates a tamper-proof temporary QR code which when scanned reveals the user's age. Unfortunately, the digital ID can not yet be used in the Northern Territory when buying alcohol beverages to go.

“The users own their digital ID data, they should be able to control it, and it should be simple," Walton was quoted as saying by The Australian Financial Review.