When will Japan launch a CBDC? 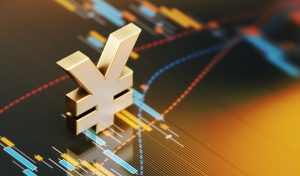 Japan may be a cashless payments laggard, but it still plans to launch a central bank digital currency (CBDC). Tokyo's newfound interest in a digital yen derives at least in part from a desire to stay competitive with China. Beijing's launch of DCEP pilots this year showed that it was leaps and bounds ahead of other countries in the CBDC department. At the same time, a CBDC offers Japan a chance to accelerate the overall digitization of its financial system. Cash still accounts for about 73% of all transactions in Japan.

In October, the Bank of Japan issued a report explaining its CBDC approach. The BOJ aims for a digital yen to be complementary to cash, not to replace it, and hopes that the digital currency can be used both domestically and for cross-border payments. The BOJ plans to begin experimenting with basic CBDC functions such as issuance and distribution in April 2021. In the second phase of experimentation, the Japanese central bank plans to focus on digital currency design. During this phase, the BOJ will decide whether it should cap the amount of digital fiat currency issued and pay a remuneration on deposits. Lastly, the BOJ will launch a pilot program for private companies and households.

In November, a group of 30 companies that includes Japan’s three largest banks said that it would begin in 2021 to experiment with a digital currency using a common settlement platform. Private banks will lead the project and supervise issuing the digital currency in the experiments, although other organizations could also have the chance to serve as issuers.

“We don’t want to create another silo-type platform. What we want to do is to create a framework that can make various platforms mutually compatible,” Hiromi Yamaoka, a former BOJ executive who chairs the group, was quoted as saying by Reuters. When he headed the BOJ’s division overseeing payment and settlement systems, Yamaoka was directly in charge of the central bank’s research on digital currencies, which included a a joint experiment with the European Central Bank.

It could be several years before Japan is ready to issue its CBDC, Yamaoka said. Before the CBDC can be launched, Japan would need to have measures in place to prevent large outflows from private bank deposits. "But imposing limits would also enhance the value of CBDCs, and lead to fluctuations in conversion rates for CBDCs to other forms of money like cash and private deposits," he told Reuters, adding that "there’s no point issuing a CBDC if it isn’t used widely."

More in this category: « Is Cambodia's 'retail CBDC' a game changer? Crypto is key to Japan's financial center play »
back to top