When will India launch the digital rupee? 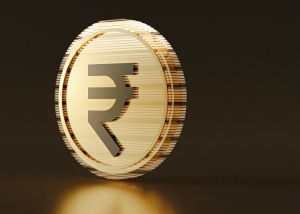 In February, Indian finance minister Nirmala Sitharaman said that the Reserve Bank of India (RBI) would launch a central bank digital currency in the 2022-23 fiscal year. In her budget speech, she said that introducing a digital rupee would give a big boost to the digital economy and lead to a more efficient and cheaper currency management system. Yet since then, there has been no obvious progress on India’s CBDC project, and even some measured pushback against the idea.

The advantages of a CBDC for India are straightforward. If India wants to reduce the use of cash (though not totally replace it), a digital rupee can help it catalyze a sovereign domestic payment and settlement system. As in China, the initial applications for a digital rupee would be domestic, not cross-border. However, the latter could be the next step – depending on other countries’ own CBDC situations. Interoperability would need to be figured out.

There is also a clear political reason that India wants to establish a digital rupee. The RBI and various Indian lawmakers are not fans of cryptocurrency, and want to discourage its use by Indians, especially for payments. By cracking down on crypto while promoting use of a digital rupee, New Delhi makes it clear that currency issuance is the exclusive dominion of the Indian central government. Decentralized digital currencies are thus restricted to being investments in India.

A digital rupee might help reduce the use of cash in India (a long-running government objective), though there is no guarantee. Progress on that front has been slow and steady to say the least, with 89% of payments in India still made in cash in 2020, by one estimate. Existing digital payments methods, notably the UPI platform, while effective at boosting digitization of transactions, have not actually reduced the amount of cash circulating in the Indian economy. Indeed, the amount of circulating cash hit an all-time high Rs 30.18 lakh crore in March even as UPI transactions exceeded the US$1 trillion milestone in the 2021-22 fiscal year.

Meanwhile, a recent National Council of Applied Economic Research (NCAER) working paper, co-authored by Poonam Gupta, who is a member of the Economic Advisory Council to India’s prime minister, urged New Delhi to proceed with caution on developing a CBDC. The paper noted that while CBDC would have more penetration compared to credit or debit cards, UPI has already proven highly effective in boosting digitization of transactions. Having facilitated roughly 70 billion transactions, UPI is the world’s largest real-time payment system by transactions. With regards to increasing financial inclusion, the paper said it could be achieved through simply opening more bank branches in rural areas and providing services through non-bank partners and agents.

The paper urged the RBI to conduct a thorough assessment of the financial system and public’s readiness for a CBDC before going ahead with its issuance, including its impact on the conduct of monetary policy and its transmission as well as implications for capital flows, the exchange rate, and the composition and management of foreign reserves.

If the RBI were to take the advice of the paper’s authors, the launch of the digital rupee would be much further in the future than 2023. The authors recommend spending a year just to prepare the initial pilots and an additional two to three years to run the pilots and assess their results.