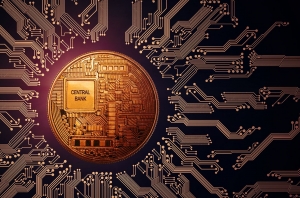 Southeast Asia is home to some of the world’s fastest growing economies and is rapidly adopting digital financial technology, including blockchain-based solutions. Thus, it is only natural that central banks in the region are starting to think about a possible role for digital fiat currencies. The first country to make the jump to a CBDC is Cambodia, and it will definitely not be the last.

Cambodia launched the blockchain-based Project Bakong in October 2020. Bakong represents a tokenized version of Cambodian riel or US dollars in the reserves of the National Bank of Cambodia. The Bakong app allows users with a Cambodian phone number and bank account to set up a digital wallet in either Riel or US dollars, transfer between accounts and make payments with a phone number or QR code.

The Cambodian government sees Bakong as a useful tool to help unite the Kingdom’s fragmented payment systems and boost financial inclusion, as about 78% of Cambodians aged 15 and up lack a bank acocunt. In a March interview with CoinDesk, Chea Serey, Director-General and Assistant Governor of the National Bank of Cambodia (NBC), said of Bakong, “We thought, ‘How can we bring everyone on to the same page and allow bank users to send  money from their savings accounts to e-wallet users’ accounts, and vice-versa?”

According to Nikkei Asia, users of the Bakong e-wallet had reached 200,000 in June, about double the amount in March. The overall Bakong ecosystem counts 5.9 million users (including those accessing it through member bank mobile apps). From January to June, Bakong recorded about 1.4 million transactions worth US$500 million.

In mid-August, the NBC and Malaysian bank Maybank launched a mobile cross-border remittance service that allows Bakong users to receive up to USD $2,500 from Maybank’s MAE app customers in Malaysia at a lower cost and in real-time.

Bakong is also designed to encourage use of the riel instead of the greenback, although Chea told Nikkei she tries to avoid using the term “de-dollarization” as it could make investors anxious. Make no mistake though: Phnom Penh wants to wean itself off the greenback eventually, to "solely use our local currency,” Chea said.

Elsewhere in Southeast Asia, CBDCs are at a more nascent stage, but gradually gaining momentum. Thailand is exploring the use of digital fiat currency for cross border payments with Hong Kong, mainland China and the United Arab Emirates. Further, in June, the Bank of Thailand awarded a contract to develop a retail CBDC prototype to Giesecke+Devrient Currency Technology. The company says its solution allows the central bank to choose between a centralized database approach or distributed ledger technology.

Also in June, Vietnamese media reported that the Vietnamese government had instructed the State Bank of Vietnam to develop a blockchain-based national digital currency. However, it remains to be seen whether this project is a CBDC or cryptocurrency.

Finally, in July, the Monetary Authority of Singapore and the Banque de France said that they successfully conducted an experiment using multiple CBDCs on a single shared ledger, which has the potential to disrupt the existing correspondent banking model. “This m-CBDC experiment has broken new ground by decentralizing financial infrastructure,” Sopnendu Mohanty, chief fintech officer of MAS, said in a statement

More in this category: « Can Singapore become a crypto hub? India is coming around to the idea of a digital rupee »
back to top