What’s going on with the digital yen? 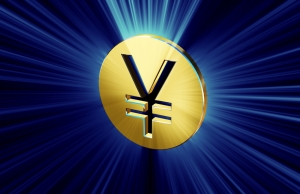 With CBDC hype subsiding – at least in most advanced economies – Japan’s plans for a digital yen are coming into focus and unsurprisingly, Tokyo is in no rush to launch a digital fiat currency even if it sees some upside to the idea in the long term. Japan has no compelling policy reasons to quickly roll out a digital yen, regardless of what China is doing. And in fact, Beijing spent about six years getting the digital RMB ready and it remains in the pilot stage.

Globally, China is the largest economy to launch a CBDC and it has done so for compelling reasons. Beijing wants to exert greater state control over digital payments infrastructure, which to date has been dominated by Big Tech. In the long run, it might also hope for greater cross-border payments flexibility with payment flows running on Chinese rails that operate independently from the US-dominated ones. Beijing has geopolitical reasons for this objective.

In contrast, Japan takes a very different approach to its financial services sector and cross-border payments. Indeed, given its close relationship with the United States and Europe, Japan is likely to coordinate its development of a digital yen with them. In late January, Bank of Japan (BOJ) governor Haruhiko Kuroda said that Japan must cooperate with Washington and Brussels in developing a global standard on the technical aspects of CBDC issuance.

While some developing countries like Cambodia and the Bahamas have managed to launch CBDCs relatively fast, they have a more pressing need for them – Cambodia to develop digital payments infrastructure and reduce its dependency on the dollar, the Bahamas to reduce the cost of transporting cash among the 700 islands that make up the country – than advanced economies and the average transaction size tends to be relatively small. The Bank of Japan (BOJ) has noted that managing payment records with blockchain technology would likely be more technologically challenging when transactions are much larger, which is the case in Japan, a much larger economy and wealthier country than either Cambodia or the Bahamas.

Japan began a CBDC feasibility study in 2021 and might begin pilot programs in 2023 at the earliest. The BOJ said in January that Japan will probably not decide whether to issue a digital yen until 2026.

Meanwhile, Hiromi Yamaoka, the former head of the BOJ’s financial settlement department, recently warned against using the digital yen as a monetary policy option. “Some say that negative interest rates could work more effectively with a digital currency, but I don’t think so,” he told Bloomberg.

More in this category: « China’s vision of crypto-free blockchain is coming into focus Malaysia is ambivalent about crypto »
back to top