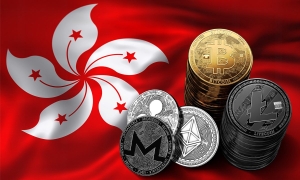 Call it a comeback? That seems to be the message of the Hong Kong authorities as they work to restore the city’s reputation as Asia’s premier financial hub. While some things will never be the same in the erstwhile British crown colony, it does retain significant strengths as a financial bridge to the mainland, and the Greater Bay Area (GBA) in particular. But when it comes to serving as a hub for cryptocurrency, the jury is still out.

In a more halcyon age for cryptocurrency, Hong Kong was arguably its most important hub in East Asia. But beginning with the mainland’s late 2017 crackdown, Hong Kong’s crypto star stopped rising. Since then, the central government has been unequivocal in its opposition to the use of crypto on the mainland, given its prevalence in both money laundering and as a means to evade China’s capital controls. While a 360 by Beijing on crypto cannot be ruled out, until we see some kind of clear policy directive to that effect, it seems premature to declare that the central government aims to use Hong Kong for a crypto pilot zone, though it is theoretically possible under one country, two systems.

But that is not the message that we took away from a June 2022 editorial by the state-run Economic Daily. “In the future, once investors’ confidence collapses or when sovereign countries declare Bitcoin illegal, it will return to its original value, which is utterly worthless,” the editorial said, adding that Western countries are to blame for creating a highly leveraged market rife with “manipulation and pseudo technology concepts.”

The abrupt collapse of FTX and its knock-on effects in Hong Kong, which include the implosion of local exchange AAX, will undoubtedly give policymakers in Beijing – who are the ones who must sign off on any crypto experimentation in Hong Kong – pause about promoting the city as a hub for decentralized digital currencies.

AAX’s 2 million registered users have not had access to their funds since mid-November. Since then, there have bene hundreds of reports filed with police in Asia and Europe.

One way to look at this issue is to say, well, this is why the industry needs greater transparency and regulation, as Financial Secretary Paul Chan has done. In November, Chan said the FTX collapse had not changed Hong Kong’s ambitions to be a hub for virtual assets.

But crypto skeptics – who remain influential in the mainland’s financial policymaking circles – will not see the situation in the same light. They will argue that embracing crypto will only aggravate systemic financial risk.

Only time will tell who will prevail in this debate. But if there is one thing we hopefully have learned from the crypto industry’s trials and tribulations, it is to take the words of crypto evangelists with a grain of salt.

To that end, Tron founder Justin Sun recently told Bloomberg TV, “Right now they [Chinese regulators] are using Hong Kong as an experiment base so they can see all the feedback, all the results, once they adopt crypto. That’s why I’m super bullish and looking forward to seeing the results of all the Hong Kong crypto policy.”

More in this category: « Indonesia’s CBDC plans become clearer Why the financial sector in India is shrugging at the digital rupee »
back to top