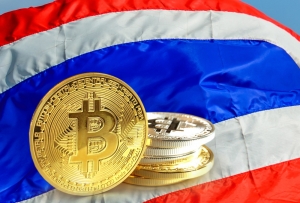 Somewhere in between the El Salvador and China approaches to crypto is a middle road, neither a full-throated embrace nor a strict ban. Call it crypto agnostic. Thailand appears to be taking that road, allowing the digital assets business to grow organically, while gradually implementing regulations as needed. For Thai regulators, the priority is not developing a regional hub for decentralized virtual currencies – that is more of a Singapore project and something Japan has considered – but simply ensuring they are used in a manner beneficial for the country’s economy and overall society.

Thai regulators are paying more attention to digital assets because of their expeditious growth in the kingdom. According to Nikkei Asia, in 2021 the number of people owning crypto in Thailand jumped more than 400% year-on-year to 3.6 million. Trading accounts surged to 2 million by late 2021, up from just 170,000 early in the year, according to The Bangkok Post. According to data cited by Channel News Asia, up to 251 billion THB (US$7.62 billion) in digital assets were traded in Thailand in November alone.

In November, Siam Commercial Bank acquired a 51% stake in digital asset exchange Bitkub – the dominant crypto exchange in Thailand with a 92% market share – for THB 17.85 billion (about US$536 million) through its subsidiary SCB Securities. Bitkub says that it recorded a profit of THB 5 billion (US$152 million) in 2021.

In mid-January, leading global crypto exchange Binance said that it would set up a crypto exchange with Thailand's Gulf Energy Development. In a disclosure to the stock exchange, Gulf Energy said its agreement with Binance is a response to Thailand’s fast growth in digital asset infrastructure.

Amid this flurry of digital asset activity, the Bank of Thailand (BOT), the Securities and Exchange Commission (SEC), and Ministry of Finance (MOF said in a Jan. 25 press release that they would regulate digital assets as a means of payment for goods and services. Regulators are concerned that the widespread unregulated use of digital assets for settlements could foment instability in the financial system, specifically price volatility, cybertheft, personal data leakage and money laundering. From a regulatory perspective, the payments territory is more sensitive than investing, where risks are mostly confined to those investing in digital assets, rather than the broader financial system.

The actual regulatory framework is yet to be decided, though regulators say there will be a consultation period during which feedback from both stakeholders and the general public is collected. “However, technologies and digital assets that do not pose such risks should be supported with appropriate regulatory frameworks to drive innovation and further benefit for the public,” the press release said.

At the same time, Thailand also reportedly plans to implement a 15% capital gains tax on profits from cryptocurrency trading. Per The Bangkok Post, which cited a source in Thailand's Finance Ministry, "in 2022 all taxpayers who gained from cryptocurrencies, including investors and mining operators, are subject to a 15% withholding tax, while digital asset exchanges are exempt from such duties."

However, Thailand's Revenue Department also plans to allow traders to offset annual losses against gains for taxes due on cryptocurrency investments and exempt some transactions from the 7% value-added-tax, Ekniti Nitithanprapas, director-general of the Revenue Department, said in late January. The rules will apply to transactions conducted via business operators or exchanges regulated by the SEC, he told The Bangkok Post.