Thailand’s SCB pivots away from crypto 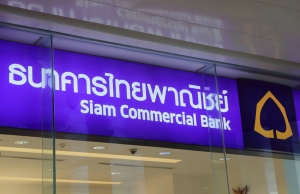 Did Thailand’s Siam Commercial Bank (SCB) have a crystal ball handy when it nixed a plan to acquire the troubled Thai crypto exchange Bitkub? The deal, announced in the late-stage crypto bull market of November 2021, had been on thin ice for months. Then came the announcement on August 25: The 17.8-billion-baht (US$536,000) deal was off. In a statement, SCB cited Bitkub’s “various issues” it was sorting out with Thai regulators as the reason the deal was being scrapped. On August 30, it became clear that the issues were serious.

That was the day Thailand’s Securities and Exchange Commission (SEC) accused Bitkub CTO Samret Wajanasathian of insider trading. The SEC fined him 8.53 million baht (US$234,000) and suspended him from holding executive positions for 12 months. Though Bitkub is appealing the SEC’s decision, we will not be holding our breaths for the regulator to backpedal.

There appears to be pattern of non-aboveboard behavior among executives at the company. The SEC previously accused Bitkub chairman Sakolkorn Sakavee of fabricating trading volume, fined him 8 million baht (US$216,000) and banned him from managerial roles in the firm for a year.

Even if we give Bitkub the benefit of the doubt – a generous gesture at this point – there is no reason that a major incumbent bank like SCB would want to hitch its wagon to both a company and industry in regulatory crosshairs, even if the Thai lender sees strong long-term potential in the crypto exchange’s business.

The statement SCB issued after calling off the Bitkub acquisition is innocuous enough, but still telling. SCB said it had been conducting due diligence on the crypto exchange and did not find any “significant abnormal issues which are irremediable.” It is unclear if SCB had any clarity on the insider trading allegations, but it looks like the Thai lender is walking away from the deal primarily to avoid butting heads with regulators.

This course of action is prudent. Crypto could stage a big comeback. It always seems to do that. But at this point in time, the rest of SCB’s digital transformation is going smoothly, and the bank does not need crypto to succeed in its fintech ambitions. Indeed, Bloomberg Intelligence has found that SCB saw broad-based digital adoption in the January to March period for users, loans and revenue. In July, Bloomberg Intelligence analyst Rena Kwok described the Thai lender’s fintech business as “high-growth” and digital transformation as “peer-leading.”

More in this category: « Assessing CBDC progress in Southeast Asia
back to top