On May 9th, a mini-app on WeChat called ‘Little Agreement’ showed up, providing an interface to create agreements on the Ethereum blockchain for Wechat Users. A few hours later, the mini-app was removed. 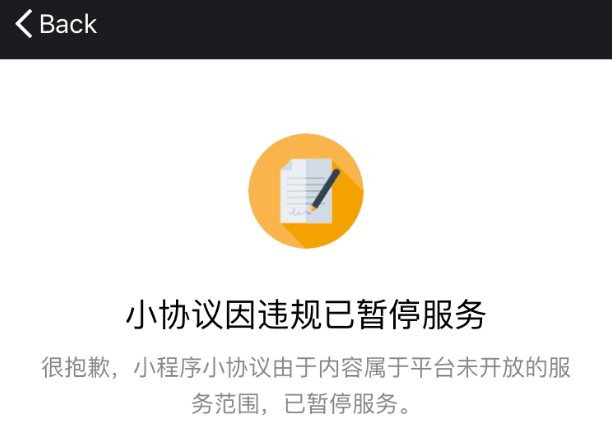 The mini program was designed by Beijing Maoxianqiu Technology Ltd., which was set up in 2016. In mid-2017, the team launched SaaS NiucoBox for issuing smart contracts and tokens, based on Ethereum. Little Agreement uses this platform and a user’s unique WeChat ID to create a record on the Ethereum blockchain. One record costs RMB 3.

Although the effort is admirable, there is a glaring problem with the app: although the developer policy claims that any agreements created on the platform are legal, it is a difficult point to prove.

Firstly, the mini-app leverages the idea that information on blockchain is immutable, but as the data going in is created by an individual, it is difficult to verify the reliability of the input information, so even if the information in immutable, it may be immutable incorrect information. For example, although the mini program uses a user's WeChat ID as the unique identifier, a WeChat ID can be created by any phone number and then fake information could be inserted.

Secondly, if there was an issue with a contract, finding an entity in China to enforce the contract would be extremely challenging. It may be too early to start individual service when no supporting 3rd party is involved - if the service is not recognized by the legal system, it will not indeed provide any value in real life.

Thirdly, it is unclear how users can check their agreement record on Ethereum as no detail instruction from the mini program. It is a bit far from what a big group of people would be able to deal with.

Finally, the Little Agreement platform captures a lot of personal data with little oversight on how the data is handled.

Blockchain is still at a very early stage in China and there are still many technical problems in the implementation which may take years to resolve. Technology itself is not easy to understand and the market needs education. For individuals, they want to see user-friendly and fully-functioned product and a legitimate platform. According to the Ministry of Industry and Information Technology, the Chinese government is working on making blockchain standards, as are many other countries. Hopefully those problems discussed earlier can be sorted and the technology can be easily used to improve life quality.

More in this category: « China pushes blockchain development while CIOs keep their distance Why you shouldn't read too much into the Chinese government's Blockchain ratings »
back to top