Taiwan is unlikely to become a crypto hub 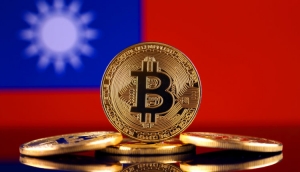 Taiwan’s financial sector is known for its conservatism, so it is no surprise that the island has not embraced cryptocurrency. Yet, to their credit, nor have Taiwan’s regulators taken an overly harsh approach to decentralized digital currencies. Unfortunately, the lack of regulatory clarity that initially allowed crypto to gain a foothold in Taiwan is not sufficient for the island to become a hub for the industry.

Taiwan’s largest crypto exchange Maicoin, was set up in 2014, but it was not until early 2018 following mainland China’s crypto crackdown that the island’s potential as a crypto hub emerged. At the time, initial coin offerings (ICO) started to grow fast, with teams arriving in Taiwan from elsewhere in the region to do fundraising. Taiwan’s regulations are relatively permissive about the participation of retail investors in crypto.

Then the long bear market hit. Some Taiwanese investors that had bet big on the bitcoin bull market suffered significant losses. That experience had a lasting effect on the perception of crypto in Taiwan. Once it became clear just how mercurial crypto markets can be, overall interest waned. After all, the typical Taiwanese investor does not have a large risk appetite.

Crypto scams also have had an impact on how Taiwanese investors perceive decentralized digital currencies. There were several high-profile ICO scams in early 2019. One in Taipei involved a bogus altcoin named IBCoin, which was sold to more than 30 victims who were defrauded out of millions of dollars. Another based in Taichung was a bitcoin ponzi scheme that bilked US$50 million out of more than 1,000 unsuspecting investors.

In September, Taiwanese police arrested 14 people over a crypto investment scam that allegedly defrauded more than 100 people out of about NT$150 million (US$5.41 million) over the past year. According to police, scammers promised victims high returns for investments in the cryptocurrencies ethereum, tronix and tether. The scammers allegedly used photographs of attractive women to persuade the mainly male victims – many who are retired with substantial savings – to invest. The men apparently thought the women in the photos were the investment advisors.

More comprehensive regulation could pave the way for crypto investing to grow safely in Taiwan, but it is unclear if regulators want to move in that direction. Their most recent move in July focused on preventing cryptocurrency from being used for money laundering. Taiwan has taken a hyper vigilant approach to money laundering controls since the 2016 Mega Bank scandal, so it is no surprise that the Financial Supervisory Commission (FSC) wants the same stringent standards applied to crypto as the rest of the financial sector.

Per the new rules, since July 1, Taiwan’s cryptocurrency exchanges have been required to report transactions valued at more than NT$500,000 (US$17,770). Companies that fail to comply with the new regulations would face fines of up to NT$10 million.

More in this category: « Australia might be warming to crypto Clarifying India’s crypto policy »
back to top