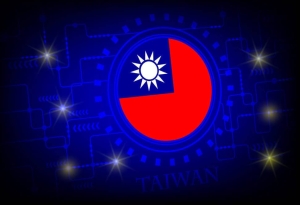 Taiwan’s government has historically had an amicable relationship with the cryptocurrency industry because it functions for the most part outside of the Taiwanese banking system and has not caused them many problems. Further, Taiwan’s conservative retail investors have generally been less eager than most of their counterparts in East Asia to jump into crypto investing, which has made digital assets a niche market on the island. However, the latest crypto bear market, and especially the collapse of FTX, have highlighted why the hands-off approach may need to be adjusted.

To be sure, Taiwan has not taken a lax approach to cryptocurrency crime if the suspects are at large on the island. For instance, in September 2021 Taiwanese police arrested 14 scammers based in New Taipei for defrauding more than 100 victims out of more roughly US$5 million. The Criminal Investigation Bureau (CIB) charged the suspects with fraud, money laundering and breaches of the Organized Crime Prevention Act.

In October 2022, Taiwanese police arrested a 42-year-old man surnamed Chuang on suspicion of fraud and money laundering using bitcoin ATMs, which he imported into Taiwan with the help of a foreign manufacturer, but not did report to the FSC as required by the Money Laundering and Control Act. The manufacturer told investigators that the ATMs usually come with a feature to verify the identity of people making transactions, but the feature was disabled upon Chuang’s request. Chuang allegedly took a 6 percent fee for transactions through his ATMs without informing users beforehand, and also promoted his business in chatrooms that are frequently used by fraud groups.

However, when criminal activity involving digital assets takes place outside of Taiwan’s borders, Taiwanese authorities have been much less proactive. For instance, they have been hesitant to contact cryptocurrency exchanges to request them to freeze transactions. The reason for this reluctance is Taiwan lacks laws pertaining to cryptocurrency, causing hesitancy on the part of regulators and law enforcement if they cannot determine obvious wrongdoing happening in what they see as their jurisdiction.

As of November 2022, Taiwan’s Criminal Investigation Bureau was preparing to file its first-ever request to freeze cryptocurrency transactions. Bureau officials struggled with the process because the cryptocurrency exchanges are based offshore and the electronic wallets are not owned by Taiwanese, creating problems in jurisdiction and making notices difficult to deliver.

Looking ahead, Taiwan will likely have no choice but become more adept at dealing with crypto malfeasance, because the island’s crypto investing community swelled during the last bull market – to the extent that FTX’s implosion is being felt acutely by up to 500,000 people. That is the number of Taiwanese investors who held savings with FTX and lost entire portfolios or significant sums. Some discovered they had nowhere to turn for compensation or legal recourse.

More in this category: « Indonesia continues its measured embrace of crypto China is developing a Web3 ecosystem of its own »
back to top