Southeast Asian countries have no reason to rush to launch CBDCs 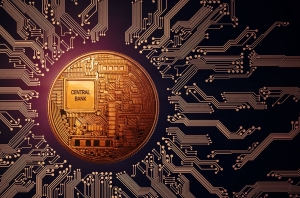 Cambodia became one of the first countries in the world to launch a central bank digital currency (CBDC) in October 2020. As adoption of Cambodia’s blockchain-based retail CBDC Project Bakong proceeded expeditiously, other Southeast Asian countries with similar financial inclusion needs and openness to digitization of financial services were expected to follow suit.

Yet two years after Bakong’s launch, no other ASEAN country has launched a digital fiat currency. As the hype around CBDCs has cooled, Southeast Asian countries are worrying less about being first movers in this nascent field and more about if a CBDC offers them benefits that justify its costs.

The Cambodian government went forward with Project Bakong because it believed a retail CBDC could accomplish three key policy objectives: boost financial inclusion—at the time of Bakong’s launch about 75% of the population was unbanked—ameliorate digital payments infrastructure and eventually reduce the use of U.S. dollars in everyday transactions. Working with Japanese blockchain firm Soramitsu, it ensured that transacting with Bakong would be simple and fast. The Bakong e-wallet requires just a phone number or QR code to transfer money or make a payment.

Bakong has been a modest – if not overwhelming – success. To be sure, it has quickly accumulated users, with 5.9 million in a country of 16.7 million by the end of 2021 and transactions totaling $2 billion, according to the National Bank of Cambodia (NBC). But in terms of financial inclusion, it is not a game changer yet, as just 200,000 previously unbanked Cambodians reportedly use a Bakong e-wallet now.

At the same time, it is unclear if Bankong will accelerate de-dollarization in the country, a long-running NBC policy goal and one of the key reasons it was launched in the first place. For now, the Bakong e-wallet can used for both dollar and riehl transactions.

Laos is also mulling working with Soramtisu on a CBDC, though for now the project remains at the feasibility study stage. Laotian policymakers believe a CBDC would offer them better economic data and may eventually facilitate cross-border CBDC-based settlements with China, the country’s No. 2 trading partner.

Whether a CBDC would insulate the kip from excessive yuan inflows remains to be seen. Since the global financial crisis, Asian nations that trade heavily with China have become more concerned with their currencies' stability in yuan terms.

Myanmar is another Southeast Asian country that might benefit from a CBDC. 70% of the population – 40 million people – is unbanked. In February, Myanmar’s ruling junta signaled its intent to issue a CBDC within a year to support domestic payments and stimulate the economy.

However, Myanmar’s political instability will complicate CBDC issuance, with the ruling junta and Myanmar exiles both vying to issue one. Myanmar exiles that fled the country after a 2021 coup want the U.S. Federal Reserve allow them to use $1 billion in funds frozen by the U.S. to back a digital kyat and their plan to establish a new central bank.

“We just need the U.S. blessing that allows us to use the frozen money virtually,” Tin Tun Naing, the exiled National Unity Government’s minister of planning, told Bloomberg in September.

He makes unfreezing the funds sound simple, but the politics of the situation are delicate – to say the least.

Elsewhere in Southeast Asia, more countries are throwing their hats into the CBDC ring – several with the support of Soramitsu. The Japanese blockchain firm announced in June it would begin work on CBDC feasibility studies for both Philippines and Vietnam. Neither country particularly needs a retail CBDC given that their respective existing digital financial ecosystems are already developing healthily and boosting financial inclusion.

The same holds true for Indonesia, though its focus on a wholesale CBDC restricted to usage by banks might help the Bank of Indonesia ward off the use of crypto as a payment method and facilitate cross-border payments. The digital rupiah’s conceptual design should be rolled out by year-end.

Thailand, where more than 80% of the population has a bank account, is studying issuing a retail CBDC though understandably is in no hurry and has made no firm commitment to its issuance.

Meanwhile, the region’s financial center Singapore has been frank about whether it will issue a CBDC: Finance minister Lawrence Wong, who doubles as deputy chairman of the Monetary Authority of Singapore (MAS), said in March that the city-state had “no pressing need” to issue a Singapore dollar.

Though the MAS has experimented with wholesale CBDCs (Project Ubin), a retail digital fiat currency is non-essential in a country where 98% of adults have a bank account and digital payments infrastructure is comprehensive. Whether Singapore does ultimately go forward with a CBDC will likely depend to some degree on their progress internationally, in particular among its major trading partners.

The real question here though is if Southeast Asia’s nations need a CBDC at all. With real-time payments nearly ubiquitous across the region and increasingly cross-border, and stablecoins on the radar, payments are already cheap and ubiquitous, does a CBDC move the needle much more? Unlikely. Really the only motivation that a government would have for a CBDC would be similar to China, namely, better insight and control of how financial institutions and indeed retail are using their digital money.