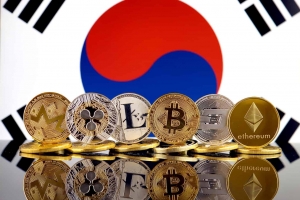 South Korea’s people have long been more enthusiastic about crypto than the country’s regulators and politicians. By one estimate, in 2021 one in three South Koreans either invested in crypto or was paid in digital assets. A study by the Korean government’s Financial Intelligence Unit (FIU) found that South Korea’s cryptocurrency market value was estimated at 55 trillion won (US$45.6 billion) as of the end of last year, that 15.2 million Koreans have accounts and 5.6 million registered users of crypto actually trade. Yet heading into Korea’s recent presidential election, the country was tightening oversight of cryptocurrencies in a manner detrimental to market growth.

South Korean regulators are concerned about the systemic financial risk heavy investment in a relatively unregulated – and in their minds suspicious – asset class could bring. The regulatory approach that began crystallizing last year involves the imposition of strict registration requirements on crypto exchanges that essentially forces them to join hands with banks. If the banks are unwilling to team up with the exchanges, the exchanges cannot legally operate in Korea. Further, the exchanges must obtain a security certificate from Korea’s internet security agency.

Big exchanges like Upbit, Bithumb, Coinone and Korbit were able to comply with the regulator’s orders relatively fast, but others have struggled. Some are shutting down. Others may shift operations overseas.

Further, South Korea has mulled imposing a stiff capital gains tax of 20% on annual crypto profits of more than 2.5 million won (US$2,105). Though the South Korean National Assembly’s finance committee last November approved to hold off on implementing the tax until 2023, it will probably be seen unfavorably in the market without further revision. At present, the proposed tax seems unfair to crypto traders because the threshold is so low compared to stock trading. Stock trading is also subject to a 20% to a 25% capital gains tax, but the first 50 million won in annual profits is exempt.

While the trend in South Korea has been towards tighter market regulation that does not necessarily facilitate market growth, with the election of Korea’s new president Yoon Suk-yeol, South Korea’s crypto enthusiasts may get a break. On the campaign trail, Yoon mooted the legalization of initial coin offerings (ICOs) and suggested that crypto profits of less than US$40,000 a year would be exempt from the capital gains tax, which would represent a significant increase of the current threshold.

Since ICOs are banned in Korea for now, ventures and startups must issue coins in Singapore and elsewhere. If it is lifted, “ventures and startups will be able to raise money easily from investors,” Yoon Seong-han, secretary-general of the Korea Blockchain Association, told Nikkei Asia.

“To realize the unlimited potential of the virtual asset market, we must overhaul regulations that are far from reality and unreasonable,” President Yoon said at a recent virtual asset forum.

More in this category: « Malaysia is ambivalent about crypto Thailand bans crypto payments with an eye on a digital baht »
back to top