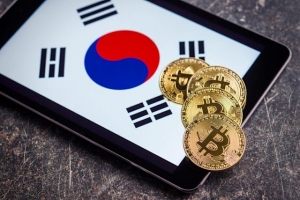 South Korea’s new president Yoon Suk-yeol entered office planning to make his country friendlier to cryptocurrency. During his campaign, Yoon said, “To realize the unlimited potential of the virtual asset market, we must overhaul regulations that are far from reality and unreasonable.” Though Yoon likely remains keen to carry out his campaign promises about crypto, it will be no easy task. He faces conservative, crypto-skeptical financial regulators, a parliament controlled by South Korea’s main political opposition, the Democratic Party of Korea, and now the fallout over the abrupt collapse of the TerraUSD stablecoin.

It was never going to be a walk in the park for Yoon to make South Korea more open to crypto. Though crypto is enormously popular in South Korea – one survey conducted in 2021 cited by Statista found that 63% of South Koreans either own or have owned Bitcoin –  the country’s financial regulators are skeptical about it. In February 2021, then Bank of Korea governor Lee Ju-yeol said that crypto assets like Bitcoin have no intrinsic value.

The sudden implosion of TerraUSD and its sister coin Luna has renewed concerns in South Korea about the inherent stability of decentralized digital currencies. In mid-May regulators launched "emergency" inspections into domestic cryptocurrency exchange operators to bolster protection of investors. About 200,000 investors in South Korea are presumed to have invested in TerraUSD and Luna. The Financial Services Commission (FSC) and the Financial Supervisory Service (FSS) have asked local cryptocurrency exchange operators to share information on transactions linked to TerraUSD and Luna, including the volumes of their trading, their closing prices and the number of relevant investors. South Korean regulators may have a particular interest in the situation given that TerraUSD and Luna were invented by a South Korean national.

Meanwhile, some South Korean crypto investors see the collapse of Luna as an opportunity. Between roughly May 13 and May 15, the number of investors in the failed cryptocurrency at South Korea’s major exchanges increased over 50% to 280,000.

Speculation opportunities are limited though. Bithumb and Upbit, two of South Korea's largest exchanges, said they will suspend trading support for Luna on May 27 and May 20, respectively. Meanwhile, Coinone, has halted deposits in Luna.

After the excitement about TerraUSD’s collapse dies down, President Yoon may be able to proceed cautiously with his pro-crypto policies. After all, before he arrived in office, South Korea already tightened regulations to make transacting in crypto more secure and transparent. And there is a political element to his calculations: The large and vocal crypto investment community may have helped push him over the finish line in the ultra-close South Korean election. Yoon won by a margin of just 0.8 with 48.6% of the vote. South Korea is estimated to have about 5.58 million crypto users (more than 10% of the country’s population) while the market is worth 55.2 trillion won ($45.9 billion).

One of Yoon’s best crypto-related ideas is to introduce a new government body that would be responsible for regulating digital assets, though it is unclear if the FCS and FSS (or the BOK, for that matter) would go along with the idea. Time will tell.

More in this category: « Crypto is making inroads in the Philippines When will India launch the digital rupee? »
back to top